For our second book review in recent weeks, I would like to introduce you to The Gospel Illustrated by Duccio: Sacred Images from the Maesta Altarpiece with Selections from the Holy Gospels and the Transitus Mariae compiled and edited by John Joy, a long-time friend of Unam Sanctam Catholicam:

The Gospel Illustrated by Duccio is a unique creation designed to celebrate one of the greatest artistic masterpieces of the high medieval period while also bringing to life the Gospel story with over fifty images of scenes from the lives of Jesus Christ and the Blessed Virgin Mary.

The book includes the complete extant cycle of images from the Maesta Altarpiece, which Duccio di Buoninsegna completed in 1311 for the Cathedral of Siena, Italy.

The Maesta begins with the Annunciation, Nativity, and other mysteries from the childhood of Christ and continues with scenes from His public ministry, such as the Wedding at Cana, the Healing of the Blind Man, the Transfiguration, the Raising of Lazarus, and many more. It glories in depicting over twenty scenes from the passion of Christ, continues with seven separate resurrection appearances and the descent of the Holy Spirit at Pentecost, before concluding with six extra-Biblical scenes depicting the final days of the Blessed Virgin Mary's life on earth.

Each large, full-color image is paired with the text, most of which are drawn directly from the Canonical Gospels, which tells the story illustrated by the painting.

One of the extraordinary features of the book is found in the texts corresponding to the final six paintings, which tell the story of the last days of the Blessed Virgin Mary. These are drawn from the non-canonical text of the Transitus Mariae, dating from the fifth century. Although not the inspired Word of God, these texts do reflect ancient Christian traditions concerning the end of Mary's life on earth. Not as well known now as they were in Duccio's time, their discovery will be a delight for modern readers.


Here is a snapshot to give you an idea of the contents and layout of the book. On one side, the large, full color image painted by Duccio; on the other, the unabridged Gospel text based on the Challoner revision of the Douay-Rheims. 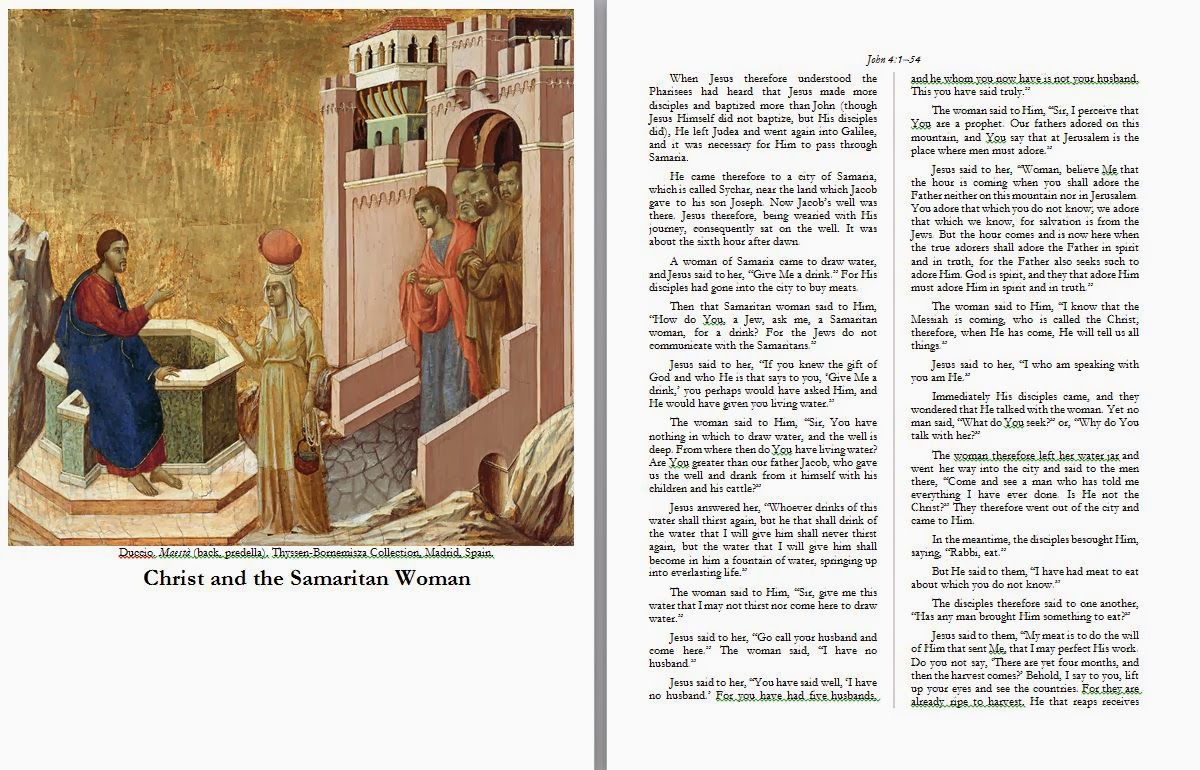 The crucifixion scene is particularly masterful: 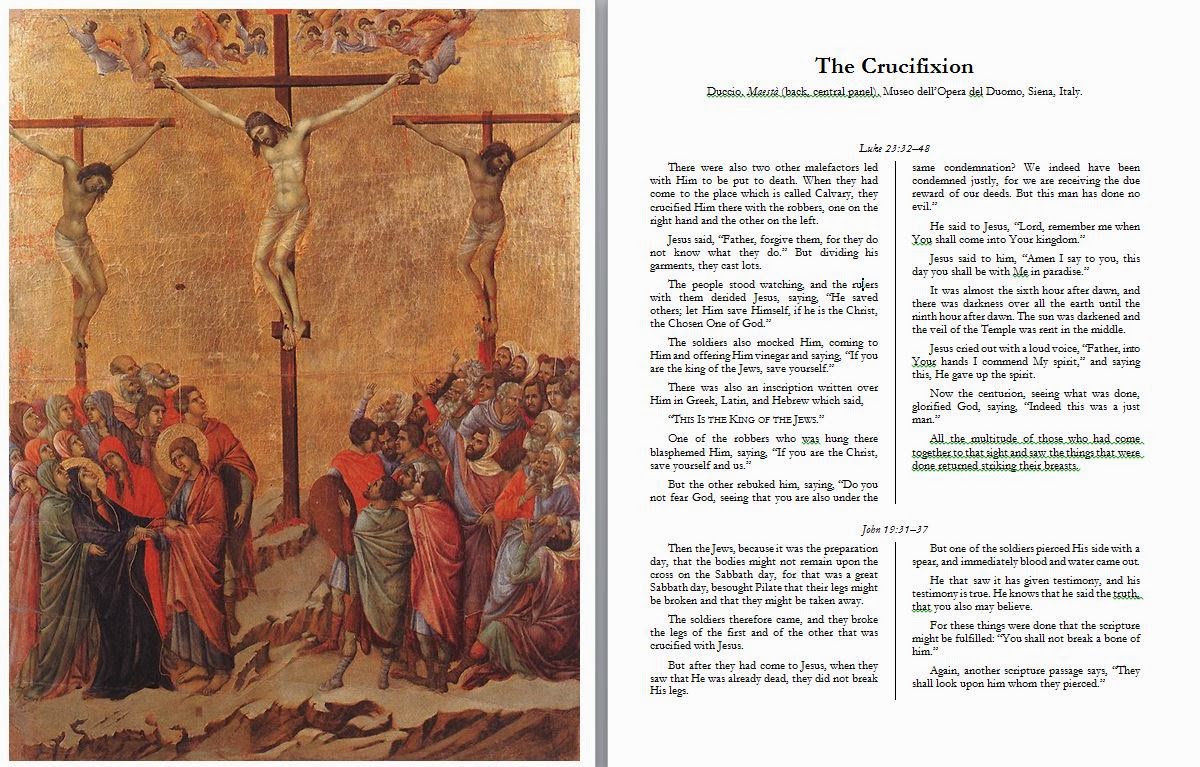 I purchased a copy for my children and they have been fascinated by the pictures - which are far superior to the illustrations generally found in "Children's Bibles". And so they ask me repeatedly to read to them the associated stories. This exposes them at the same time to the life of Christ in the inspired words of the Holy Scriptures and to some of the greatest sacred art in the Catholic tradition.

I believe that it will also be available soon in the Unam Sanctam Catholicam Bookstore. And stay tuned for the forthcoming companion volume entitled The History of the Saviour Illustrated by Giotto.
Posted by Anselm at 2:57 PM