On Right Reading of the Old Testament (part 1) 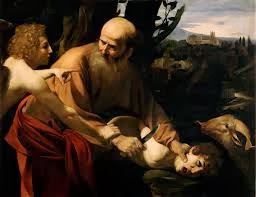 In 2 Timothy 2:15, the Apostle Paul admonishes Timothy, "Study to shew thyself approved unto God, a workman that need not to be ashamed,rightly dividing the word of truth." To "rightly divide the word of truth" means to approach Divine Revelation prudently and in keeping with the principles of the Gospel, or in modern parlance, "thinking with the mind of the Church" in how one interprets the data of Revelation. In St. Paul's day, this "word of truth" would have primarily been the oral preaching of the Apostles and the Old Testament, which were the only real "Scriptures" in existence in the immediate apostolic period. The man of God thus needs to be able to "rightly divide" the Old Testament as well as the New Testament revelation.

The sad truth is, most Catholics simply do not know what to do with the Old Testament. The Psalms may be consulted for spiritual solace, the historical books for edifying stories of God's intervention in history, the tales of the Exodus for interesting typological connections to the New Testament sacraments, but beyond this, many Catholics are baffled as to what to make of the rest of the Old Testament corpus. The problems are many. For example:
The inability of most Catholics to satisfactorily answer these questions leads to a hazy vision of the Old Testament - an unfamiliarity with its texts and, even more unfortunate, the relegation of Old Testament passages to the status of mere footnotes in contemporary theological discussion.

I have been ruminating on this problem for awhile. As I have been participating in different online discussions about different points of theology, I have frequently cited Old Testament passages in my arguments, only to see them dismissed with comments like:

Basically it comes down to, "You're argument is invalid because it cites the Old Testament as a source." Has anyone else experienced this? It is unfortunate, and it comes from a kind of uncertainty of how the Old Testament is to be approached today.

Let us then examine the problem, and come to a consensus, in light of Tradition, of how a Catholic is to "rightly divide" the Old Testament, utilizing it in a manner consistent with Church Tradition.

Before we answer the above questions, we need to establish three preliminary assumptions. Any discussion about how to handle the Old Testament will only make sense if we acknowledge these three principles. First principle:

The Old Testament is truly the Word of God.

This seems evident, but many do not admit the ramifications of this. If the Old Testament is the Word of God, then every single word of it is divinely inspired. This means every passage, even "difficult" ones, need to be dealt with in some manner and fit into the larger context of Divine Revelation. When we come across a passage we do not understand or which may not seem convenient to our particular argument, it is not sufficient to simply say, "Yeah, but that comes from the Old Testament." The passage in question is part of Divine Revelation and needs to be given equal consideration. Nobody would write off one of Christ's parables by saying, "That's only a parable of Jesus!" Neither should these passages of Scripture be so summarily dismissed.

There is no one interpretive scheme that can be applied to the entire Old Testament.

Many want the Old Testament to fit into a very simple interpretive category. This would make dealing with challenging texts easy. Unfortunately, there is no one method that can be applied uniformly, other than the Church's four-fold approach - start with the literal, then look for allegory, moral lessons, etc. But just what the literal meaning is can be greatly disputed. Historical books need to be read differently than wisdom literature, and these different from the prophets or the Mosaic Law. Each needs to be examined separately. The fact, for example, that most components of the Mosaic Law have passed away does not mean that the moral teachings of the Book of Proverbs have.

The Fathers make generous use of the Old Testament in establishing their arguments.

This is too broad a point to be established in a single paragraph, but anyone who has ever read the Fathers knows this to be the case. For example, if we look at the first five chapters of the early second century "Epistle of Barnabas", we see the following citations:

This trend continues throughout the book. The Old Testament is cited dozens and dozens of times, even obscure books like Haggai and Zephaniah. The New Testament is cited only eight times. See for yourself here. Pope St. Clement I, in his First Epistle, cites liberally from Deuteronomy, Wisdom, Isaiah and many others. These passages are cited for the purpose of establishing his arguments; in other words, they are assumed to have a binding and relevant meaning for the infant Church. Let us look at just one chapter of Clement's First Epistle, Chapter 8, to see how Old Testament passages are used; I have highlighted his citations so you can see how much of his writing is drawn directly from the Old Testament:

"The ministers of the grace of God have, by the Holy Spirit, spoken of repentance; and the Lord of all things has himself declared with an oath regarding it, "As I live, says the Lord, I desire not the death of the sinner, but rather his repentance" [Ezk. 33:11]; adding, moreover, this gracious declaration, "Repent, O house of Israel, of your iniquity" [Ezk. 18:30]. "Say to the children of my people, Though your sins reach from earth to heaven, and though they be redder than scarlet, and blacker than sack-cloth, yet if you turn to me with your whole heart, and say, Father! I will listen to you, as to a holy people." [Isa. 1:18]. And in another place He speaks thus: "Wash you and become clean; put away the wickedness of your souls from before my eyes; cease from your evil ways, and learn to do well; seek out judgment, deliver the oppressed, judge the fatherless, and see that justice is done to the widow; and come, and let us reason together. He declares, Though your sins be like crimson, I will make them white as snow; though they be like scarlet, I will whiten them like wool. And if you be willing and obey me, you shall eat the good of the land; but if you refuse, and will not hearken unto me, the sword shall devour you, for the mouth of the Lord has spoken these things." [Isa. 1:16-20]." Desiring, therefore, that all His beloved should be partakers of repentance, He has, by His almighty will, established [these declarations].

This is normative for most of Clement's epistle, as it is for many other of the Fathers. The point is that the Fathers quoted very generously from the Old Testament, presuming that it had a permanent validity and that Old Testament passages were immediately relevant to the lives of New Testament Christians. Furthermore, they presumed, by their abundant citations, that all Christians implicitly understood this. This means that we, too, should realize and appropriate this truth. Pope St. Clement would be puzzled if the Christians of Corinth were to respond by complaining that so many of his citations came from the Old Testament.

Having thus laid the groundwork, we will shortly take up the questions raised above, beginning with the question of the degree to which Old Testament "principles" are applicable today.
Posted by Boniface at 7:00 AM

One may add that in the traditional Latin Mass often an Old Testament reading would proceed the Gospel, and act as a foreshadowing of Jesus in the Gospel, or a foundation. As an example, on the day after Ash Wednesday, we have a reading from Isaiah. It describes how Hezekiah becomes sick, prays to the Lord, and the Lord cures him, adding 15 years to his life. This foreshadows the Gospel from Matthew, where the centurion comes to Jesus beseeching him to cure his servant. Jesus praises his great faith, and does cure the servant.

Doesn't an OT reading usually precede the Gospel in the NO Mass as well?

Although, in the NO, the amount of readings from the Old Testament is drastically reduced.

Yes, but there is seldom a connection between the three readings (n the NO case). In the TLM the readings are coupled thru a strong theme, tieing the OT reading to the new.

Actually, the Old Testament readings in the N.O. are usually tied to both the Epistle and the Gospel.

I think it is the commonly poor homiletics that confuse this point.

In my mind, the fact that there are typically O.T., Psalms, and N.T. readings, in addition to the Gospels, is one of the strengths of the N.O.