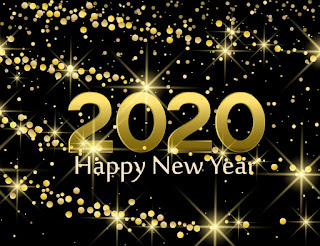 The year of our Lord 2019 was a monumental one in the history of the Catholic Church. Most of the Church news of the year was dominated by the Amazon Synod and the Pachamama scandal, but on top of that we had ongoing revelations of sexual abuse and investigations by Attorneys General in several states, the publication of the Open Letter to Catholic bishops, the revelations of the Vatican's $200 London investment boondoggle, the extremely problematic “Document on Human Fraternity for World Peace and Living Together", the canonization of John Henry Newman, the fall of Fr. Rosica under accusations of plagiarism, and much more. What a time to be alive and be Catholic!

It was also a busy year for me personally and professionally. Despite all that, USC published 35 essays in 2019. Here are 13 of my personal favorites:

On the Concept of Celebration: Celebration is a very fluid thing that can be anything from solemn and dignified to boisterous and inebriated. People who say the Church's traditional liturgies aren't sufficiently celebratory are using the word in a very reductive sense.


Pius VI and the Synod of Pistoia: Review of the 1786 Synod of Pistoia, an extraordinary event whereby some ecclesiastics of the day tried to shove through a series of reforms very similar to what we later got in the post-Conciliar period.

The Church Doesn't Need More Women's Involvement: In what sense can anybody claim that women are underrepresented in the Catholic Church? Women already dominate the Church at almost every level.

Praying Through the Mass: The Extraordinary Form of the Mass enables a kind of contemplative prayer that is built right into the structure of the liturgy.

Christ Will Give You Victory: Some excellent reflections a priest gave me on the spiritual life. The distance between yourself and God is only as great as you believe it to be. Christ can give you total victory over your sins.

Inculturation and the Missions: Video about how the idea of inculturation is undermining Catholic missions...and yes, I know I mispronounce the name of Pachamama.

"But Eastern Churches Have Married Priests": How come nobody care's about the traditions of the West but the customs of the East are sacrosanct?

Comments on the 'Open Letter to the Bishops of the Catholic Church': Some observations on the letter a group of theologians and academics published in 2019 asserting that Pope Francis is promulgating heresy.

The New Double Truth Theory: How theologians and prelates advance heresy while talking out of both sides of their mouth.

There's Always a Priest Shortage in Missionary Areas: Defaulting to a married priesthood in the Amazon because of an alleged priest-shortage is nonsensical; there are always priest shortages in such areas.

What People Don't Understand About Syncretism: A lot of Catholics don't understand what sycretism really is. This article will help explain.


Thank you very much for spending another year in the company of me, your ornery online Catholic friend. It's crazy thinking that after doing this for going on thirteen years, USC is one of the most consistent constants in my life. I don't know whether I should be proud of that or cry.

This blog was launched formally on June 29, 2007. Since then we have published around 2,000 articles that have been viewed 3 million times; we average 20,000 to 30,000 page views per month. Throughout the Benedictine and Franciscan pontificates, Unam Santcam Catholicam has been one of the Internet's most reliable sources of randomly posted, annoyingly pedantic, and contrarian Catholic content. Also our RCIA notes and outlines (offered on our sister site) have been downloaded 80,000 times.

You should be proud. I appreciate this blog.