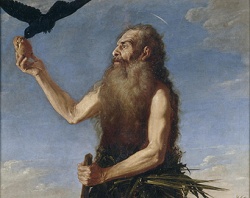 No, I'm not giving up blogging. But I am giving up making any effort to comment or follow the developments of the current pontificate. Not that I had really been keeping up that much anyway; I reject - at least personally - the identity of a quasi-professional commentator who basically ties himself to current events and feeds his readership a never-ending digest of his "take" on what's going on. Honestly, reading about Iron Age ruins in Palestine or 6th century Irish saints is much more interesting and edifying to me than dwelling on what could possibly be going on in the mind of our current Roman Pontiff.


I had offered some commentary though - and I am still sludging through working an eBook on Laudato Si. But, man, I give up. Amoris Laetitia? Haven't read it. Not planning on it. Maybe someday when I'm like, extra bored or feel like punishing myself. Latest papal interviews? Haven't followed them. Probably won't. Speculating about papabile or the "next moves" of Francis or whatever...I don't care.

Well, I mean, I do care in the objective sense - but its too much, I'm too busy, and honestly, none of this stuff concerns my faith in any substantial manner. Some people are terribly scandalized by all of it; some I know have gone over to Sedevacantism or converted to Orthodoxy. I don't know...it doesn't really bother me in a sense that touches on my faith. Perhaps I am too much a student of Church history to be deceived into thinking any higher of the Church's human element than it merits. How would you feel if you were alive in the 10th century and witnessed Pope John XII offering a toast to the devil? Or witnessed the Cadaver Synod? Yeah, it sucks. I know. But my faith was never in the human perfection of the Roman Pontiff anyway.

And - as I have continued to study the obscure saints of the Church, like when I was working on the book about St. Columba - it amazed me the degree to which what went on in Rome was completely, absolutely irrelevant to the lives of these holy men and women. Indeed, many saints in the most distant regions of Christendom were not even aware of who the pontiff is. I have read many stories of travelers from Rome coming to far-off places and the bishops there saying, "You're from Rome? Tell me, who is pope now?" and then finding out that two or three popes have come and gone without their knowledge.

One final thing -it is ironic to me that it was easier being a Traditional blogger when we had a quasi-traditional pope (I say quasi-traditional because Benedict XVI was never a Traditionalist in any meaningful sense - he is a Teilhardian who has a sentimental, nostalgic affection for the Latin Mass). Why would it be easier to complain under a tradition-friendly pope? Not that the essence of Traditionalism is complaining, of course, but the fact is to the degree that we do "complain", it is easier to do when you perceive that the man in power is amenable to your critiques; you feel like there is a chance that someone may listen, and ultimately you have the consolation of knowing that he, to some degree, has got your back, at least in theory.

But when the guy in charge has absolutely zero interest in your concerns - and indeed, when it is questionable whether he even shares the most basic theological and philosophical assumptions as historic Catholicism - there is a strong sense of "Why bother?"

So, no I am not giving up blogging. But I'm giving up trying to keep up with this pontificate. I am a Catholic; I love the papacy. In fact, it was the study of the Petrine Primacy that led me back to the Church fourteen years ago. But never has a papacy been so irrelevant to my faith as this one. I have enough to worry about in my own spiritual life.
Posted by Boniface at 2:57 PM 23 comments: 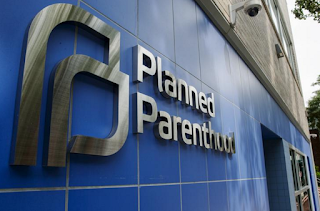 This week, my Facebook feed is on fire with Catholic friends and Pro-Life activists insisting that it has never been a Pro-Life position advocate punishing women who procure abortions. These folks are appalled that anyone would suggest such a thing. It is like, they are utterly disgusted that it could possibly be suggested that women be held legally responsible for the murder of their child.

I for one never gave this much thought until; probably because it seems like such a stretch to imagine a situation where abortion is illegal, let alone argue about who should be punished for it. I think I always assumed that in Christendom there would be some legal penalty for women who procured abortion. After giving this some more thought this week, I have to say I am not totally opposed to the concept of punishing women who have abortions.

It has been a staple of the Pro-Life movement that abortion is murder. If that is the case, then the abortionist is a murderer and the woman who procures and abortion is an accessory to murder. This is rather straight forward. This is the fundamental truth.

However, it seems that another staple of the Pro-Life movement has been to portray the woman as the "victim" in an abortion case: a victim of Pro-Choice propaganda, of Planned Parentood, of unsympathetic relatives who insist on abortion, of the abortionists who downplay the risks and reality of abortion - and, after the abortion has been carried out, a victim of her own guilt.

Anyone who has dealt with women who have had abortions knows that they are under tremendous suffering and often struggling with immense guilt over their deed. In order to help these women heal, the Pro-Life movement has usually chosen a "soft" approach with these women, which necessarily implies helping them get over the guilt of their deed. The "victim" approach makes this easy.

But while the victim approach may be helpful from a psychological point of view with regard to helping the woman heal, there are also legal ramifications. A person has been murdered. The mother who procures the abortion has ordered the murder of a human being. Yes, the abortionist did the killing, but at the mother's behest and with her consent. If abortion truly is murder, then the mother is truly an accessory.

From a legal standpoint, how can that irrelevant? While most Pro-Lifers would advocate strict punishments for abortionists, should the accessory to murder simply go away with no legal ramifications for ordering the death of a human being?

Yes, these women are hurting. Yes, they are probably very troubled. But everybody who murders somebody else is troubled. That is nothing new. And the fact that someone is hurting or confused or guilty or whatever has never been a legal argument that they should not be punished for being an accessory for murder. Yes, the mother is often repentant...but so are many people who kill other people. When has that been justification to omit any legal penalty?

If I hire a hit-man to kill my wife, the hit-man is the murderer and I am an accessory to murder. Both of us will be charged with crimes. Now, if we really believe abortion is actually murder, how can it not be inferred logically that the woman who wills murder, pays for murder, assents to murder, and procures murder is not also legally responsible, at least to some extent?

Will it help women heal from abortion by advocating a legal punishment? I don't know. I don't know if it helps the murderer heal to throw him in prison. I am not addressing a psychological question, but a legal one - is it just that the accessory of murder be punished, at least in some sense?

I am not here advocating any particular punishment. I am merely asking - is advocating some legal ramifications for women who have abortions really that far out there? Should Pro-Lifers who have loudly insisted for 40 years that abortion is murder really be so mortified that someone should suggest that the accessories to murder face some legal penalty for this? It does not seem really that far fetched.
Posted by Boniface at 10:48 AM 20 comments: