St. Alphonsus' Letter on the State of the Church 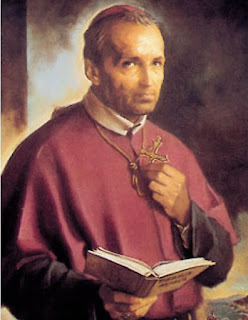 The following letter of St. Alphonsus Ligouri has been making the rounds on Catholic Twitter this weekend. What is especially remarkable is the degree of candor we see from saintly Ligouri on the real possibility of a pope "that does not have the glory of God for his sole purpose" and warnings that, if such a man were elected, "things from their present condition would go from bad to worse." Today, such language from a theologian would get him accused of fomenting a "coup against the pope" or being branded "the great accuser." At any rate it demonstrates that even centuries ago in a supposed age of burgeoning ultramontanism, it was not remiss for a theologian—and a sainted one at that—to speak candidly about the scandalous state of affairs in the Church and to consider the realistic possibility of a worldly pope whose priorities are not the salvaton of souls but his own "human respect." Let us look at the pertinent section of this remarkable letter:

You Excellency my dear friend and Lord,

As regards my opinions concerning the present state of the Church with relation to the election of the new Pope, what opinion of any weight could a miserable, ignorant, and unspiritual person like myself possibly give? There is need for prayer and much prayer. All the human science and prudence that there is cannot extricate the Church from the present state of relaxation and confusion in which every section finds itself; the all-powerful arm of God is necessary. As regards the bishops, very few of them possess genuine zeal for souls. Almost all religious communities—and one could omit the "almost"—are relaxed. As a result of the present state of general confusion, observance has collapsed and obedience is a thing of the past. The state of the secular clergy is still worse; so, in a word, there is a need for a general reform of all clerics and ecclesiastics if there is to be any improvement in the present great corruption of morals among the laity.

So we have to pray to Jesus Christ that He would give us as head of the Church one possessed of more spirit and zeal for the glory of God than of learning and human prudence. He should be free of all party attachments and devoid of human respect. If, by chance, for our great misfortune, we should get a Pope that does not have the glory of God as his sole purpose, the Lord will not help him greatly and things from their present condition will go from bad to worse. However, prayer, which can provide a remedy for so many present ills, will move the Lord to put His hand to the problem and remedy the situation.

A little context: This letter was written to a noble friend of Ligouri's and was meant to be read to the cardinals assembled for the conclave of 1774—a conclave which lasted 134 days and cast an astonishing 265 ballots before electing Pius VI, whose pontificate would be filled with one disaster after another, such as the anti-ecclesiastical aggression of Emperor Joseph II and the heretical Synod of Pistoia, the outbreak of the French Revolution and the invasion of Italy by Napoleon, among many other things. The great contention of this conclave had to do with the question of the Society of Jesus, who had been suppressed in the previous pontificate of Clement XIV, with the cardinals lined up in parties that were essentially pro and anti-Jesuit.

St. Alphonsus understood that in times of great crisis, the reform of the clergy is always at the heart of the restoration of the Church, that genuine "reform" is always a return to obedience, observance, and the care of souls--and that the personal character and priorities of the Pope can have tremendous import on such attempts at reform. By God's grace, may the ideals enunciated by St. Alphonsus in this letter be the the priorities of the clergy in our own troubled day. Amen.
Posted by Boniface at 10:50 AM 3 comments:

Saturday I attended a Candlemas liturgy in the Extraordinary Form in Ann Arbor, MI. put on by Juventutem Michigan. The celebrant and sponsors of the Mass were kind enough to let me bring my camera and record the procession and Mass. Please enjoy this montage of footage from the Mass, set to some traditional chants for the Purification of the Blessed Virgin Mary.

By the way, we also have an Unam Sanctam Catholicam YouTube channel. I don't post on it too frequently, but if you want to subscribe here you go.

Special thanks to Juventutem Michigan for putting making this wonderful Mass possible.
Posted by Boniface at 9:56 PM 2 comments: