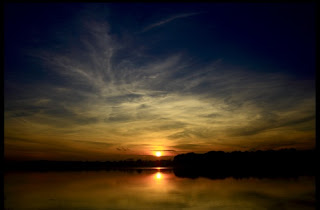 We can see how it is a very fitting title for the Messiah. It also has an important liturgical connection. We know that for most of the Church's history, the Mass was always offered facing east, a position called ad orientem. This usually meant geographically east, but there is also a "liturgical east" which means the priest and the people facing the same direction as the Mass is offered, the position ad dominum, "facing the Lord" (as opposed to versus populum, "facing the people").

Thus, it makes sense that the liturgy should be oriented towards the east, for from here - symbolically at least - the faithful may expect the return of the Lord Jesus Christ, and the ad orientem posture demonstrates the Church's faith in Christ's return, professed in the Creed when we say, "He will come again in glory to judge the living and the dead."