How much are you taxed? 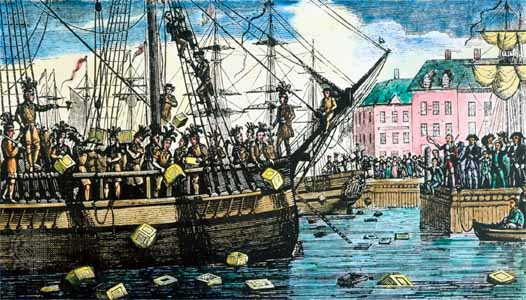 For several months now I have kept a very detailed, itemized account of every penny my family spends in attempt to reign in our spending to the most frugal level possible. I have a spreadsheet file of every single expenditure down to the cents, with everything placed into one of fifteen categories. I thought it would be interesting, given the present waste of tax-payer money going on, to take these records, plus information from my pay stubs, mortgage statements and other forms to find out exactly how much I pay in taxes every year and to where it goes. Here's the breakdown:


Total Amount of Taxes I Pay in a Single Year =

This amount represents almost 32% of my income. Granted, I get most of the income tax back, but that still leaves about $5800 per year in taxes I don't get back, or close to 18% of my income. When people talk about how much they pay in taxes, they are often only referring to the income tax. But if you were to add up every type of tax you pay, as I have above, what would your total be? And more importantly, do you think it is a just amount? Is it just that one in the second to lowest tax bracket, like myself, has to give away over one third of my earnings in taxes?

I know the government has the right to collect taxes, but if someone in the lower brackets, like myself, ends up giving over 32%, what does someone in the middle brackets whose income tax alone in 25% pay when you factor in sales tax, property, gas, etc.?

Why do you call stamps a tax? You are paying for a service (except if you argue stamps for sending in your tax forms are required and thus a tax, but just in that case).

I see stamps as a tax on mailed documents, but perhaps I am thinking too much like the colonists - this is how we originally got stamps. The British came up with the idea of requiring a stamp to be put on all published documents. Even though there is a service, I reckon it as a tax because it is something levied by the gov't and (as far as I know) was originally conceived of as a tax. But, even if you want to discount that example, it's only $54 per year and doesn't really change the big picture.

Although it's a good point that part of the price of postage is payment for a service, it's worth noting that the federal government prohibits private carriers from delivering regular mail: http://en.wikipedia.org/wiki/United_States_Postal_Service#Universal_Service_Obligation_and_monopoly_status

So if one wants to define a "tax" rather informally as something you have to pay the government and can't get out of without penalty, this puts postage a little closer to that than many other everyday expenses.

Remember the inflation tax. As more dollars are created (via forced fed rate), your dollar-denominated savings are worth less.

(From Robert Katz) In 1933 Roosevelt made money illegal. If in 1913 you lent the government 50 double eagles (money), and they gave you a promissory note for it, that note would now enable you to reclaim just one of those double eagles — 98% fewer than you gave them, and the tax man has stolen a good portion of the remaining 2%. The rest of the grand illusion is the state’s provision of a continuous array of inferior services at an exorbitant price, competition prohibited by law.

This is a profoundly evil policy (especially to the poor).

Supposedly, ALL of our taxes & fees go to the Gov't in exchange for services. And, in none of those transactions are there any option to not pay.

But I have someone's old stamp collection, so, since it is worth more in postage than as collectables, I'm using that.