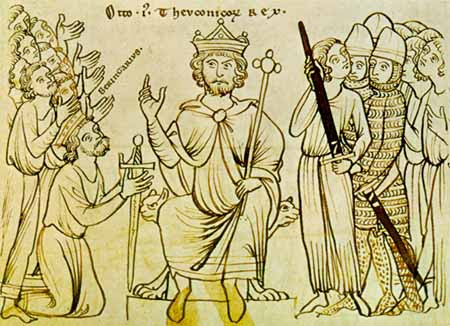 Footnotes
26] Both his coronation as king and emperor were in imitation of Charlemagne; he was crowned king at Aachen, where Charlemagne had his court and, like Charlemagne, came to Italy at the behest of the pope, where he was crowned emperor on Feb. 2, 962.
27] John J.Gallagher, Church and State in Germany Under Otto the Great (University Press: Brookland, D.C., 1938), 22
28] Ambrose, Letter 21
29] Fichtenau, 56
30] Ibid., 58
31] “They [the clergy] never contested this infringement upon their canonical rights, for it was most desirable that their bishop have influence at court.” Ibid., 59
32] Ibid., 87
Posted by Boniface at 3:54 PM