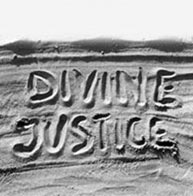 Here is the last article in a series I have been doing on JustFaith. As with the other posts, this one is reprinted from Los Pequenos Pepper, an independent online publication from the Diocese of Albequerque. This article looks at JustFaith contrasted to an ideal legitimate Catholic program and shows how JustFaith fails in six major areas as a Catholic program.


"As the JustFaith social justice education program comes to a close, some, if not most, of its participants are primed to move into activism. They have already given 30 weeks to formation in preparation for this next step.

What has happened to these “graduates?” Many say they have been “transformed” and insist that the JustFaith experience isn’t about having a particular political agenda but about recognizing one’s God-given gifts and “giving back.” It is easy to understand why it’s attractive to bishops and priests – the materials are well organized, consistent, and require no particular training to administer. In exchange for an investment of time and money, participants are energized, positive, and ready to “do good.” That seems like a “good buy,” and it would be, too, if the program were fostering deeper love of Church and a desire for broader study about the Faith.

Contrast the JustFaith program to an ideal Catholic program. It would differ from JustFaith in at least six critical points:

JustFaith used one solidly Catholic book, the Compendium of the Social Doctrine of the Church, which is organized topically, something like a catechism. Only a few sections are actually read and discussed, however, often in the context of other materials. There are additional references to Church teaching scattered throughout the materials but they are passing, minimal, and generally read through an ideological lens.

This is a tremendous shame. The Church has an amazingly rich, consistent body of thought, honed over centuries of experience, in this domain. Plumbing those depths could be a delightful and rewarding experience for interested groups. This defect has consequences. A Catholic social justice formation program provides its participants an authentic Catholic formation from which to engage in authentic Catholic action. Any other perspective ideologically distorts the perspective and, despite the best of intentions, spawns actions that cause more damage than good. JustFaith presents very little Catholic social teaching.

With its emphasis on praxis – on experiential formation rather than intellectual formation – an enormous amount of JustFaith’s “teaching” is accomplished within the circle of emotional relationship. That circle begins with individual JustFaith groups and expands over the weeks to include the other organizations participants study, including JustFaith partners and the other activist organizations that JustFaith studies.

Not all activism is equal – obviously. JustFaith has made particular choices in its emphasis on studying the work of Alinskyian organizing networks or the Call to Action-related Pax Christi and other liberationist-oriented groups. Many of these groups do some good; they are not good models for Catholic action, however.

A Catholic social justice formation program would use, instead, Catholic examples of organizations engaged in ministerial work – not tucked in among secular examples but as integral to its vision. This distinction between Catholic action and other “doing good” isn’t a matter of parochial chauvinism but of a very different way of understanding the human person and, therefore, of understanding human development. Because the two perspectives are so fundamentally distinct, it isn’t enough to take a secularly-oriented organization like the Campaign for Human Development (CHD) and tack the word “Catholic” in front of it. The CHD was never conceived as a Catholic entity, nor has it ever functioned as such, except in so far as it uses Catholic resources.

In leafing through the Compendium, one is struck by how much broader the scope of Catholic social teaching is than the JustFaith program suggests. JustFaith never mentions, except as one of seven (flawed) themes, any of life issues that are so pressing in contemporary society nor does it address any of the problems of the family, which the Church calls “the first natural society” or of marriage, which is the foundation of the family.

Furthermore, a Catholic social justice formation program would explain, as the Compendium does, that authentic human development is intimately and necessarily tied to the mission of the Church – which isn’t to create perfect social, economic, and/or political structures but to bring the good news of God’s salvific action among men.

JustFaith addresses too narrow a portion of social concerns.

When the goal is to move people into a desired action, there is a temptation to confuse the desired action with the principles behind it. To take a concrete example, in principle there is a limited “right to work.” People need the means to earn a living and the dignity of being productive. However, all sorts of conditions circumscribe this “right.” A penniless parent can’t put his offspring into indentured servitude to pay the rent. The child’s “right to work” is trumped by his “right to be educated” …presuming, of course, that his “right to eat” has been met. It’s a complicated world, out there.

Public programs to foster the “right to work” may also be complicated, taking in account certain factors and not others. Well intentioned people, agreeing that in principle there is a “right to work” may nevertheless differ quite radically about how, in application, this is best accomplished. The Church’s teaching explains principles for ethical action; it rarely mandates applications, with the few exceptions where principle and application are the same.

JustFaith (and its partners) confuse pet projects with moral principles.

Presumably, one of the attractions of the JustFaith program is that it includes a spirituality component. The problem is that component isn’t Catholic.

If it were Catholic, participants might attend Mass together, say a Rosary or novena together, do communal holy hours before the Blessed Sacrament, go on pilgrimages, recite the Office, or engage in a dozen other traditional spiritual practices that have, as their object, the worship of God.

Instead, JustFaith participants are introduced to a different kind of spirituality: one that suits the purposes of the program by introducing rituals and “prayers’ that hammer home the themes of the moment, placing participants in a communally reflective “space.” The focus isn’t God but the selves participating in a formative journey. “God” is used to rubberstamp the trip. This is a big problem.

JustFaith’s spirituality isn’t Catholic (or even Judeo-Christian, for that matter).

6. A Catholic social justice formation program operates within the Church – not the “church” imagined or desired but the Church founded by Christ and embodied institutionally.

Fellowship is natural to any band of pilgrims, whether the journey is literal or metaphorical. Shared experiences bond people together. Such small groups, in an ideal formation, provide individual members with a supportive “home base” from which to participate more openly with and within the larger Church.

A formation that operates outside of the Church, fostering subtle tensions with the full body of Church teaching, does just the opposite. It creates an insulated group that shields its members from teachings that challenge its prejudices in any way. JustFaith encouragement of participants to form “intentional” small communities that are aligned with the Alinskyian organizing networks places them outside of the Church and into the roiling waters of liberationism and dissent. JustFaith fosters liberationism.


JustFaith is designed with the six above-mentioned elements because it is not a Catholic social justice formation program. Participants who graduate from the program and want to explore certain issues in greater depth can purchase study “modules.” The module on immigration includes liberationist theological reflections. Participants in this study module read a chapter from A Promised Land, A Perilous Journey: Theological Perspectives on Migration – a book of essays by some of the most prominent liberationist thinkers. Emotional stories of immigrants are discussed as “parallels between the early Christian communities being persecuted and scattered and today’s migrant communities that form in new “homelands” because of economic, political, or other types of oppression that force them to leave their country of origin.” There is no complimentary discussion of the rights and duties of sovereign nations to protect their borders – despite the fact that one finds such complex discussions in Catholic documents about immigration.

JustFaith graduates are given access to a number of other resources, as well. GradNet, a twice-monthly e- letter about events for the “JustFaith Ministries Graduate Community,” and JustFaith’s Voices Newsletter, with articles from the JustFaith partners and others, keep graduates networked with the world of progressive activism.

Other articles in the JustFaith series:

A complete 18-part critique of JustFaith can be read at www.catholicmediacoalition.org.
Posted by Boniface at 1:15 PM