Biblical Contradictions and more on USC! 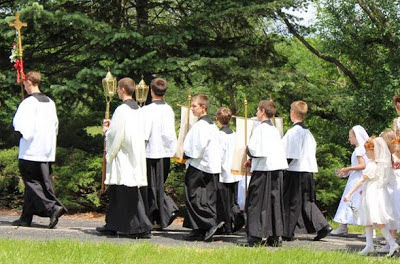 The Exorcism of Nicola Aubrey: An exorcism of 29 demons out of a young girl in 16th century France proves the reality of our Lord's Presence in the Eucharist and converts scores of Protestants.


wealth disparity by cultural or legal structures that entrust the care of certain projects or individuals to the rich.

Evaluating Private Apparitions: In an age when people are following absurd private apparitions of anonymous "prophets" on the internet, here is some sanity on how we are to judge whether a given private apparition has any legitimacy.

Also, in case you have not seen it or haven't had time to check it out, I have edited a book of St. Cyprian's writings for Arx Publishing, now available on the Arx website as well as on Amazon. The book is a complete compilation of all of Cyprian's works in English with apologetical footnotes (as opposed to the anti-Catholic footnotes in the Ante-Nicene Fathers). The introduction to the book was written by none other than Ryan Grant, formerly of Athanasius Contra Mundum.
Posted by Boniface at 12:22 PM

RE: Contradictions in the Bible

The most obnoxious thing about those critics is how intensely and blindly dogmatic they are, and how ignorant of the disinterested discussion of how to define the "truth" of a given account. This is especially galling since in my experience many of those people tend to see themselves as the heirs of some grand logic-skpetical atheist tradition a la Bertrand Russell, but they utterly fail to acknowledge that one of the great achievements of that philosophical tradition is to clearly spell out how propositional truth is not absolute, but relative to a system. So as such, the question of whether or not the Bible (or any other work, for that matter, religious or not) contains contradictions depends directly upon the interpretive system you impose upon it. But these wonderful open-minded logical skeptics never seem to get beyond even the most basic faulty assumptions about reading that any undergraduate English major could spell out.

I was looking for something exactly like this. Many thanks Boniface! Your website and blog are fast becoming my one stop shop for understanding many complicated tenants of the Catholic faith as well as defending it.

Thanks, Jamey! We aim to please.

Anonymous, yes, that is the infuriating thing...they do not care about truth. They don't care what the text really says.