The Art of Celebrating Advent (and in turn, Christmas) Properly

Happy Thanksgiving weekend to all of the Americans reading the blog!

Since today (Black Friday) will typically mark the great sprint toward Christmas, complete with mad dashes for discounted items, wrestling with a stranger to get that last toy on the shelf for little Johnny, Christmas tree hunting (make sure you have a valid license for your hunting area, and don't drive with a loaded gun in the car), and Football marathons; all culminating in desperate last minute shopping on Amazon in the week before Christmas, I wanted to preemptively offer an alternative to this annual "tradition" which has become the norm for so many people - even good Catholics - simply because they have never thought of doing things otherwise.

Advent as a season is a less obvious one in the liturgical calendar, other than its anticipation of the Christmas season. Yet, the first three weeks of Advent are really about Christ's second coming, the eschatological meaning of "Emmanuel", "God with us". In this light, it follows well on the month of the Holy Souls, November, in that now that we have prayed for the dead, we can properly anticipate the return of Christ and the resurrection of the body, the beginning of the final age, where all of the faithful are gathered in Heaven living in the light of the Holy Trinity and divine beatitude.

Would it not be more appropriate, then, to see Advent as the last season of the old year, and not the first season of the new year? Perhaps, but it is also entirely appropriate to view it as the first season of the new year - it acts as a sort of bridge between the old and the new. Each year in the life of a Christian is intended to be a microcosm of the whole of life. Since human acts take their form from the end which they are oriented toward, it is good to, at the beginning of our liturgical year, reflect about what our end is; namely, heaven, thus forming our intention toward that which it desires most.

In order to better form this intention, might I suggest a few things in order to celebrate Advent, and in turn, Christmas, properly this year?

1) Advent is a penitential season. Do penances and fasting in order to spiritually prepare for the return of Christ, perhaps this year!

2) Perhaps set up a Jesse Tree on Thanksgiving weekend, rather than a Christmas tree. The daily readings of Scripture accompanying the Jesse Tree re-tell the story of salvation in such a manner that one not only prepares for the birth of Christ, but also re-enlivens the meaning of the whole of salvation. (Yes, I am aware the Jesse Tree is not "traditional". But it goes to show that not everything modern is bad, right? I like my flushable toilet, too.)

3) Try to minimize the amount of time you spend thinking about shopping for Christmas. If you are really on the ball, you have already bought most of your gifts, and so can enter into the Advent season appropriately. If not, make a particular list of those things you need to buy, so you don't spend hours aimlessly shopping. Think of all of the extra holy hours you can do, since you aren't shopping so much!

4) Do NOT buy a Christmas tree until after December 17th, when the Church in her liturgy turns to preparing for the second coming by remembering the first coming. If you wait until the 24th, you'll get a heck of a deal, since Christmas trees don't keep well on the shelf until next season. Just saying.

5) Celebrate Solemn Vespers of the last week of Advent, with the glorious O Antiphons (beginning the 17th).

5) Per #4, keep your Christmas tree up until Candlemas (February 2nd), the traditional end of the Christmas Season.

Well, we can talk more about celebrating Christmas appropriately when we get there, but I thought I would get this out here quickly for you on this highest of secular feast days, Black Friday.

Stay safe out there, and God bless you! 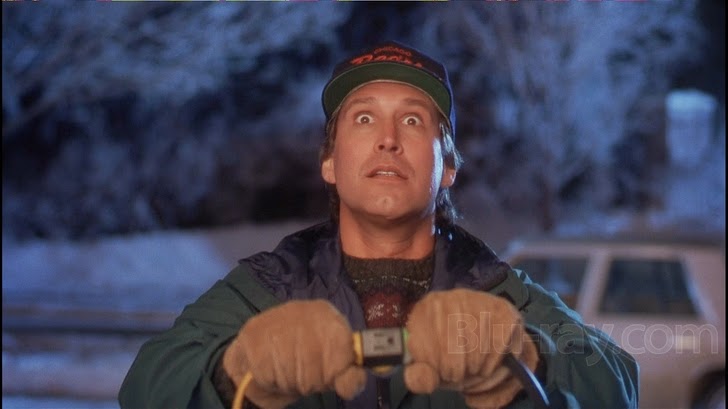 Problem is, where I live at least, everyone else buys their trees around Thanksgiving, so if you wait till mid-December there are literally none left.

I bought mine last year on Dec 15th and it was the LAST one left in the lot and the retailer looked at me like I was CRAZY waiting so long to get one.

This year wife and I got a fake one so we can put it up whenever.

Good Post. We like to say a Christmas novena as well in the last nine days before Christmas.

Hey where I live you can just go to the Christmas tree drop off and get as many trees as you want for free starting the 26th!

In Hispanic America, there is a tradition of setting up the tree on the Feast of the Immaculate Conception, and taking it down on Epiphany. Good compromise to get the tree up early enough?

I suppose one could purchase a tree now and keep it outside or in their garage until the appropriate time? Something I might consider this year.