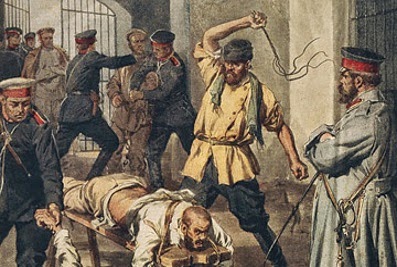 As with many debates in the modern Church, the one currently going on over torture misses the point entirely. To that end, I have put together a very lengthy article on some historical and ethical considerations to keep in mind when discussing the torture issue. As we will see, there are some very important distinctions that need to be made which are simply not getting acknowledged.

It is not the purpose of this article to weigh in on the contemporary CIA controversy, nor to precisely nail down the level of theological certainty/authority of the statements of the modern pontiffs against torture. Rather, we hope to use the CIA controversy as an opportunity to explore the historical development of the Church's thinking on torture in order to shed light on some of the ethical considerations that are often neglected in contemporary discussions. As with many other discussions on modern moral difficulties, our study may reveal that the "difficulty" consists in framing the question in the wrong context.

The article is very long (it came out to 23 pages in a Word document). You can read it at this link on the Unam Sanctam Catholicam website, where all my hideously long and amply footnoted sorts of writings go.
Posted by Boniface at 1:00 PM

i gotta stop being a lazy bum one of these days said...

Boniface, are you neglecting your family again?

I just don't see how you have time for all of this ;)

I see you've been with this blog for a long time, Lazy Bum. :)

It's the perennial objection when people have nothing else left to say.

That was a fantastic article.

I'm revolted by what our gov't has done. And torture is "qua torture" something that I would definitely have a problem with...except that I'm wrong. Punitive torture I can accept within limits. Even "eternal" torture is hard for me, though I trust in the mercy and omniscience of God.

But you helped me nail down quite a bit of my revulsion through the qualification of "extra judicial" torture. If torture was public, and decreed through responsible parties - responsible, not just properly constituted, then it would be much more acceptable to me. A mob may do all kinds of things. A jury could conceivably direct rectal feeding, but were a jury responsible for the results, skin in the game, so to speak (or politicians for that matter) it would go a long way to quelling my concerns.

Of course, it goes without saying that torture in my personal situation is always unjust. I am only human, after all.

Very interesting article. If you have time, I would love to know your thoughts on a couple aspects -

1) In many places, you state various councils, saints, theologians "assume the legitimacy" of torture. Could this be likened to slavery? Is slavery evil per accidens? Did those writing on slavery assume, without deciding, it's legitimacy? If the legitimacy of extraction torture was assumed without necessarily deciding/addressing directly it's intrinsic morality/immorality, is it really a break in teaching to address it directly now?

2) On the dignity of the human person not being a basis, some of the quotes you cite do seem to hint that indirectly at least, human dignity in the form of free will (which is essentially one of, if not the mark of "imago dei") is a basis for at least limiting torture. For example "Such a procedure is totally unacceptable under both divine and human law, since a confession should be spontaneous, not forced. It should be proffered voluntarily, not violently extorted." Nicholas I. Here, it seems Nicholas suggests that free will (a mark of human dignity) should not be violated. Similarly "...never so severely that 'it is morally impossible for him to endure' the pain. For the judge then must presume that his three confessions were all forced and involuntary." Alphonsus Ligouri.