Tradition "On the Ground" 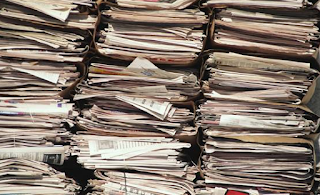 For as long as I can remember following developments within the Catholic world, there is always a particular way the mainstream conservative Catholics have responded to various crises within the Church - and I mean things like liturgical abuse, abuse of canon law, profanation of the Blessed Sacrament, or whatever. And that is to simply cite papal or magisterial documents. Is the Eucharist being profaned? Cite Eucharistia de Ecclesia. A papal address on canonical norms. Trot out Sacrosanctum Concilium to address liturgical deviations. Reams and reams of documents.

Of course, that never works. Has any liturgically deviant priest ever had a concerned congregant bring him a copy of Sacrosanctum Concilium and been like, "What!? Gregorian chant is supposed to have pride of place? I had no idea!" and then changed anything? Has a priest who calls the entire congregation up to the altar to stretch out their arms an "co-consecrate" with him ever ceased doing so because some parishioner showed him a document that told him it was not allowed?  Well, I suppose at least the parishioners tried; God will reward them.

But this kind of naive trust in the efficacy of documents is related to the modern Magisterium's notion that it can create tradition by issuing documents. The post-Vatican II Church was not the product of an organic development of tradition, but in many respects was an ad hoc creation of committees of experts who simply conjured up the modern Church out of thin air.  It was assumed that new theology, morality, and even the Mass itself could simply be established by magisterial fiat.

And despite the disorders it created, the post-Conciliar Magisterium continued to try to reform the Church by mere judicial decree, regardless of how ineffective those decrees were.

Now, I am not at all suggesting the Church does not need to legislate. Humanae Vitae remains authoritative, even if it is ignored. The point is not that documents should not be issued, but that we should remember that an authoritative document exists not to create the truth, not to establish the tradition, but to attest to it - to bear witness to it.

And if the truth it is bearing witness to is not actually being observed by the Church "on the ground", then these documents become strange creatures that somehow retain their theoretical authority while losing any practical authority. What practical authority does a document have that 99% of Catholics ignore?

Like it or not, the tradition is what is going on on the ground. It might not be the "authentic" expression of tradition (like liturgical dancing is not an authentic expression of the Roman rite, or any expression of it for that matter), but to a large degree what establishes tradition is not some documents, but what is actually happening out in the Catholic world. If the 95% of the parishes are doing communion in the hand, that is the tradition that is being established. It is not a good tradition; it is not authoritative or authentic - but it is a tradition, and one that is supplanting the authentic Tradition. And it does no good to appeal to an ecclesial dictate that exists only on paper and is being observed by nobody.

Liturgical abuse does not stop by citing documents saying it should not happen when the reality is it happens all over. Tradition "on the ground" has diverged from tradition-in-writing, and whatever the theological truth of the matter, the practical authority of the Magisterial documents grows weaker and weaker as Catholic "tradition" becomes synonymous with "whatever is actually happening out there."

The new Catholic tradition is spreading all over and multiplying; it is what is happening "on the ground" in a million parishes across the globe. What ultimately matters is what is happening, not what is talked about. Ironically, Pope Francis is the first post-Conciliar pontiff who really seems to get this.

You really wrote a number of excellent articles recently, Boniface. May God reward you.

Thank you my friend.

I remember well when the "indult" came out in 1984 that, for some reason unknown to me, it was decided that there should be no Confiteor immediately prior to the distribution of Holy Communion. The powers that be were adamant about that.

Then, ever so gradually, various people began inserting the Confiteor into the Mass at that section, to the point now where it's the norm.

In other words, the injunction against the Communion Confiteor was ignored "on the ground," and it became "what was happening out there."