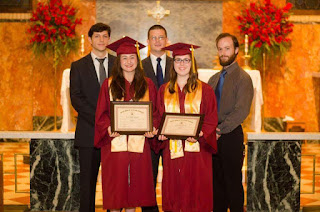 The following is some information about Saint John of the Cross Academy, a classical Catholic academy in the vicinity of Lafayette, Louisiana. They are fundraising to construct some new facilities and asked me to promote the project, which I am happy to do.

Saint John of the Cross Academy was founded in 2015 by Tim and Nick  Trosclair and Peter Youngblood with the express purpose of implementing a truly classical and Catholic education. The three had a collective twenty years of experience in diocesan, public, and independent schools, and were frustrated by the insurmountable obstacles to actually teaching anything, let alone to implementing either a true Catholic or classical education. These obstacles resulted from at least four of the following causes: First, pure bureaucratic sloth and lack of any idea of subsidiarity, coupled with a daily dose of garden variety incompetence. Second, class sizes that demonstrate an overemphasis on financial stability (usually resulting from a board that does not understand the principles of education and prefers wealth to wisdom). Third, a clear lack of understanding of what a classical education means. Fourth, a clear lack of understanding of what a Catholic education means (these last two are the most damaging).


For this reason, we decided to remove ourselves from the modern system and place our families and pupils deep within the traditions of Holy Mother Church, as well as the classical heritage of our own western civilization. 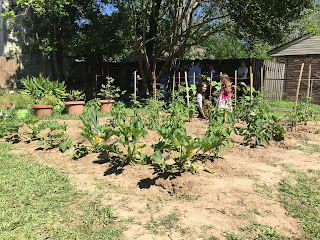 ● First, the Academy must set as its highest end the worship of God in the Traditional Latin Mass.Closely connected with this is praying the Divine Office, which tills the soil of the heart to better receive the infinite graces flowing from the Holy Sacrifice of the Mass (as of now we are able to daily pray the little hours from Prime to None).
● Second, the Academy must be rural and utilize the land in order to incarnate the Benedictine principle ora et labora so that the pupils may be truly immersed in the prayer and work of God.
● Third, the Academy must remain small, allowing the tutors and pupils the ability to learn from one another and grow in virtue. This is why our bylaws state that the Academy can operate at a maximum tutor to pupil ratio of one to eight.
● Four, the Academy must be classical in its very essence. This means that both the content (fundamentally the Latin and Greek languages) and the method of teaching must comply with the content and methods of those who have taught in this tradition--from Socrates to St.Thomas Aquinas and beyond.

The successes of the program have necessitated a plan for growth to get out of their current quarters (a converted garage) into something more conducive to the Academy's vision. With that in mind, the families of St. John of the Cross Academy have purchased 14 acres of land in rural Sunset, Louisiana in hopes of realizing their vision. They are trying to fund raise $40,000 to build a modest school building.

Here is the land they have already purchased and hope to develop: 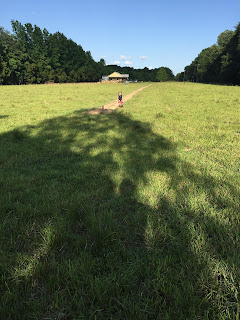 Since Tim Trosclair is a friend and long-time patron of this blog, I told him I would help spread the word about the work of St. John of the Cross Academy. I encourage you to review their materials and their appeal and consider making a donation for this worthy cause. Saint John of the Cross Academy is a registered 501(c)(3) tax-exempt organization. Tax ID: 47-4658860.

Click here to read more about the Academy's appeal.

Please share this with anyone you know who might be interested in supporting this pious endeavor, especially those who live in Louisiana and might have the prospect of getting acquainted with the project in a more personal way.

Thank you for sharing. I should mention that your RCIA program has aided us in preparing our pupils for Confirmation as well. Keep up the good work.