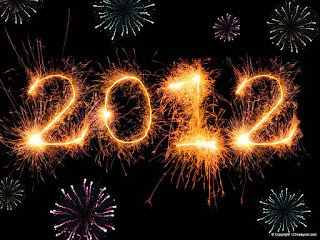 It's time to wrap up another great year here on Unam Sanctam Catholicam. As usual, I had less time to post this year than the previous year - partially due to my duties at home, partially due to the labor I was putting in to launching the new website, which went live on the Feast of the Holy Angels.The new site is doing well; it already has about 300 articles (about 75% of them new, not copies from this blog) and is getting about a third of the traffic this blog gets, which is pretty decent for only being live for four months.

Some stats on this blog:

Taking Protestants to a Bad Novus Ordo. The problems that arise from the conundrum of preaching to Protestants about the True Faith and then taking them to Mass where they see that the reality doesn't always line up with the ideal.

Comparing Trad and Liberal Dissent. Dismantling the canard that Trad "dissent" is just another a "right-wing version of liberal dissent; featuring graphs to explain the differences!

Transplanting Tradition. Traditions, even if they are not bad in and of themselves, cannot simply be lifted from one cultural context and put into another and have the same meaning.

Cardinal Pell, Richard Dawkins, Adam and Eve. It is unfortunate that the best argument against evolution comes not from the Cardinal but from the atheist.

Intellectualizing Marriage. Is Catholic marriage prep focusing too much on compatibility and psychology and not enough on God's grace?

What is Schism? Examination of the definition of schism with a focus on a distinction between the sin of schism and the canonical state of schism.

The Suicide of Samson. Why the death of Samson was not really suicide in the proper sense and why Samson is still thus honored as a hero of faith.

Traditionalism and the SSPX. Whatever happened historically, the future of the Traditionalist movement need no longer be yoked to the fate of the SSPX.

Pope on Nostra Aetate's "Weaknesses". Pope Benedict XVI reminds us that the Vatican II documents are far from perfect.

The Problem of Catholic Unity. How can really profess a Church with the trait of Unity when the vast majority of Catholics either are ignorant of the Church's true teaching or else dissent from it?

Potuit, Decuit, Ergo Fecit. On the fittingness of the Immaculate Conception.

What's coming up in 2013? A lot, actually. The website continues to grow and become a catalog of all things Catholic, and more contributors are coming on board. Earlier this Fall, I signed a contract with Arx Publishing for a two-volume series on the writings of St. Cyprian of Carthage that should be coming out this Spring, Lord willing. The books are a compendium of all the writings of Cyprian with apologetical footnotes and topical index with a biography of the saint and introduction written by none other than Mr. Ryan Grant, formerly of the now defunct Athanasius Contra Mundum.

I am also in the final phases of getting ready to send my illustrious comrade Anselm's second book to print. Anselm and I began this blog together in 2007, when we were both DREs, but Anselm of course moved on to the ITI where he got very busy obtaining a Master's Degree in Theology (2009) and now and S.T.L. (2012). The thesis from his Master's Degree on the Thomistic doctrine of the atonement became the book Poena Satisfactoria; his 2012 thesis is on the extent of the infallibility of the ordinary papal magisterium and is entitled Cathedra Veritatis. I'm simply working through some formatting issues and this book should be available for sale shortly; I have read the whole thing and can tell you that it is simply excellent. While I miss Anselm's regular contributions to this blog, I applaud his graduation from armchair theologian (like me) to the ranks of real theologians. Congrats, my friend!

Finally (and please pray for me concerning this), I am in the finishing stages of formalizing a radio program for Catholic radio on Church history. This has actually been in the works for eight months and I am expecting word on its status any day now. The program has gone from concept to several pilots and we are now awaiting the final approval to begin production, which I am told is pretty certain. I mess of nerves over it and could use some prayers. If the show goes on air, it very well may be syndicated on various Catholic stations around the country.

Blessings and grace to all! Happy New Year, Merry Christmas, and Blessed Feast of St. Thomas Becket!
Posted by Boniface at 9:39 PM

Several of the links to previous posts do not work.

Sorry about that Michael...they should all work now.

I have just started going through your posts. They are helpful. I am a convert from being a Protextant. I find the Church perplexing. Your post about the dilemma of bringing a Prot to a NO liturgy is spot on. I too have come to believe the problem is not just "Amchurch". The problem is a struggle at the very heart of the hierarchy.

I love your blog! Thank you for your insights and faith!