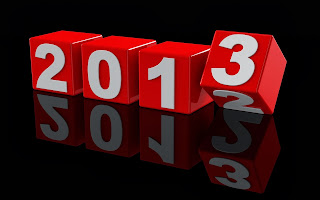 Another year has gone by on Unam Sanctam Catholicam! I can't believe that it has already been six and a half years...we have come a long way. This year saw the addition of our editor, John from Edinburgh, to the team. John performs the thankless task of going through my site articles and cleaning up the slurry of typos and grammar mistakes my off the cuff composition style leaves behind. We also had some major articles that got picked up on some very important sites: the article on Kasper, the Devil's Advocate, "Stop Shooting the Messenger" and Biblical Contributions were all viewed tens of thousands of times. Te Deum! I am happy to say that after the New Year, we will have another exciting announcement about this blog and site.

As always, here is my year-end run down of my favorite posts of 2013. Most of these are from the blog, but I have included a few of my favorites from the website as well.

St. Malachy: Case for Authenticity: Arguments in favor of the Malachy prophecies being composed in the 12th century.

In Praise of Virginity. Anybody? Instead of making excuses and justifications for consecrated virginity, why not actually laud it and celebrate it without excuse or apology?

Pastoral Applications in Concrete Circumstances: How the modern "pastoral" approach can consistently undermine Catholic dogma without the Church's teaching ever changing.

Roman Frescoes and English Martyrs: Excellent article on how the causes of some of the Englisg martyrs were saved by the discovery of some frescoes in Rome.

Kasper Admits Intentional Ambiguity: Cardinal Kasper's bombshell comments admitting that many of the Conciliar texts were not only compromises, but left intentionally ambiguous to grant elbow room to progressive interpretations of Vatican II.

The Benedict Narrative Emerges: How conservatives spun the historic resignation of Benedict XVI to make it "no big deal" even though it contradicted the narrative they contrived about John Paul II.

Contradictions in the Bible: Exposing dozens of the alleged 'contradictions' in the New Testament. Part of a series.

The Spirit of Lent: Keeping the ancient fast of the Church in spirit as well as letter.

The Belshazzar Problem: Solving the difficult problem of the existence of "King Belshazzar" in the Book of Daniel.

Spe Salvi and Universal Salvation: Dissecting some ambiguous statements in Spe Salvi which some have asserted teach universal salvation; part of a four part series on Balthasar, Fr. Barron and Hell.

What is the Hermeneutic of Continuity? The hermeneutic of continuity can mean two radically different things depending on how one views the historical event of Vatican II.

Gluttony and Lust: The relationship between the sins of gluttony and lust and how they mutually reinforce each other.

Divine Origin of Political Authority: Introduction to the classical Catholic view of the origins of the State and its powers.

Saints Aren't Perfect. Of course not...but we expect them to be pretty close to it. We certainly don't expect major derelictions of office from them.

The Greatest Schism: The biggest problem in the modern Church is not progressivism, but the divorce of theology from asceticism.

Communal Orientation of Priestly Life: We are told that so few choose the priesthood because the life is so hard; but would it be so "hard" if priests still lived in community?

History of the Devil's Advocate: A very thorough treatment of the development of the canonization procedure with a focus on the institution of the devil's advocate.

Please share these links with others if you have enjoyed them. And, if moved in your heart, consider making a small contribution to this site to help keep these very high quality articles coming.

Sorry. It is fixed now.