Book Review: "On The Marks of the Church" 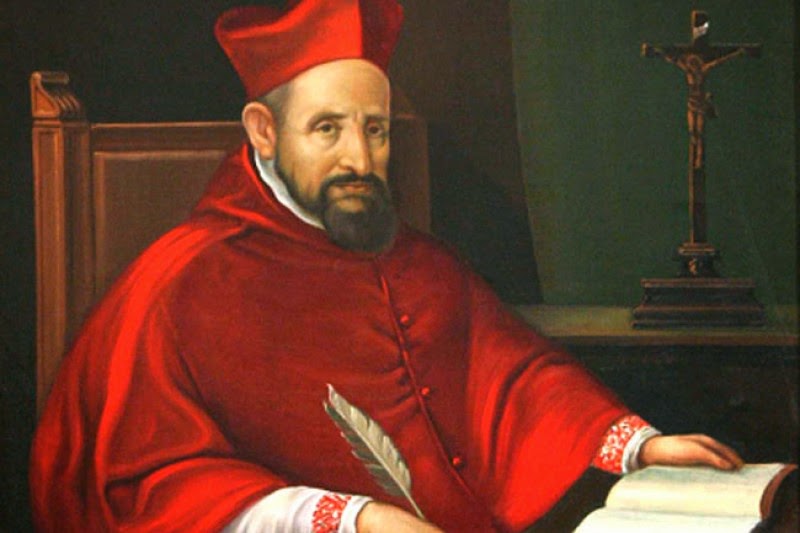 Many of you are aware of Ryan Grant's Bellarmine Translation Project, which is the most prominent literary endeavor of Mediatrix Press, the publishing arm of the Athanasius Contra Mundum blog apostolate. If you are unfamiliar with this project, you can listen to Ryan's podcast here explaining the rationale for this mammoth undertaking.

But, to sum it up, St. Robert Bellarmine, S.J. (1542-1621) was a pillar of the Counter-Reformation and one of the greatest theological luminaries in the Church's history. Along with the work of other great saints of the era like Philip Neri and Charles Borromeo, Cardinal Bellarmine's theology helped establish the direction of the post-Tridentine Church, especially vis-a-vis its engagement with the deficient theologies presented by Protestantism.

Like St. Paul, we may say of Bellarmine that though his bodily presence was weak, his writings were voluminous and powerful. Though Bellarmine was not the most innovative or profound theologian ever, the sheer universality of his knowledge and scope of his writing makes him unique among Catholic authors - perhaps occupying a plane with St. Augustine and a few others. Bellarmine not only knew every aspect of Catholic theology exhaustively, but also had read and understood all the arguments of the heretics as well, often demonstrating an astonishing ability to cut through the polemic and isolate the most fundamental characteristics of each heresy.

His pivotal work was De controversiis, a encyclopedic synopsis of all the heresiarchs of the Reformers and their doctrines, along with refutations of their errors. St. John Fisher had undertaken a similar work against Luther; Bellarmine picks up where Fisher left off, making invaluable new contributions along the way - for example, in being the first Catholic theologian to undertake a systematic refutation of Calvin. Thus De controversiis is a work of astounding breadth and great importance, both as a work of theology and as a historical cross-section of the state of the Protestant movement in the first generation after Trent.

Given this, it is very odd that this important work of Bellarmine was never translated into English. There are various reasons for this; but our dear friend Ryan Grant at Athanasius Contra Mundum has undertaken to rectify that with the Bellarmine Translation Project, an effort to make the great works of Robert Bellarmine available to an English audience for the first time.

There is a great introduction by Ryan introducing the work and explaining what the nota or "marks" of the Church are - in the words of Bellarmine, "testimonies or signs which discern her from every false religion of the Pagans, Jews, and Heretics", those characteristics or aspects of the Church which "cause it to be evidently believable." Of course, we profess four marks of the Church every week in the Nicene Creed (One, Holy, Catholic, Apostolic); but those familiar with only these four may be surprised that Bellarmine identifies not four but fifteen marks.

Latin translation is always a tricky thing, especially with medieval and early modern Latin, which tends to be overly wordy with a lot of subordinate clauses ("therefore"..."furthermore"..."moreover", etc) and any translator runs the risk of producing a translation that, while being slavishly literal, is not very readable. If you want to know what I mean, check out our very literal rendering of the bull Dum Diversas of Pope Nicholas V (1452). Ryan, an erudite Latinist and experienced Latin teacher, avoids these dangers and gives us a translation that is faithful to the Latin but is eminently readable.

I highly recommend not only this particular work, but your support of the Bellarmine Translation Project in general. You can donate to the project at Ryan's Go Fund Me Page. He has raised over $5,000 so far and will need much more to plough through the remaining works of the great Bellarmine.

Below are the links where you can read about and purchase On the Marks of the Church:

Click here for the product page at Mediatrix Press.

Off-topic: somebody criticized one of your posts at a Sister website. http://dlvr.it/8VC1Pc

Haha...good for them. I'm not going to waste time arguing about the merits of the charismatic renewal. It's not worth the time.

Bummer, in the book, he misspelled the URL for his Go Fund Me page.