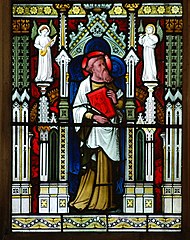 Are sales and evangelizing the same? In a discussion I had once about persuasion and evangelization, it was asserted that they are. His reasoning was that both sales and religion are trying to convince someone that they need what you have to offer. The manner in which those truths are presented and the outcome of whether a person is persuaded (or the sale is made) determines whether one is good evangelizer (salesman) or not. Such a conclusion, to me, seems to go against those examples given by us by our Blessed Lord in the Gospel.

After Jesus Christ stated in John 6 that He is the bread of life, and that they must eat His flesh and drink His blood to have life, what happened? First they complained “Many therefore of his disciples, hearing it, said: This saying is hard, and who can hear it?” John 6:60. Christ asserts that His words are truth and life, but to no avail, for “After this many of his disciples went back; and walked no more with him” John 6:66


In sales, the success is dependent upon the ability to make the sale and close the deal. Successful evangelization is the faithful presentation of the Gospel for the love of God. Sure, both an evangelizer and a salesman could be dishonest, and they may both choose to attract people's attention with something attractive, or how this or that will avoid something terrible; to a salesman, it is ultimately about numbers, whereas the ultimate goal of an evangelizer is proclaiming the kingdom of God and the truth.

We are ambassadors sent on a mission from God with a message of salvation for all men. The goal of a salesman is to close a sale, while an ambassador is concerned about communicating the message that his King has given him. If an ambassador is rejected (and God has told us that we would be rejected as He was rejected John 15:18), he is not a failure, for many offerings of peace and good will go rejected.

Once a sale is complete, oftentimes a salesman moves on or may perhaps try to sell you something else in the future, but an ambassador who stays in the country helps maintain that good relationship between the king and those to whom the King sent him.

Efforts that are not grounded in the Cross of our Lord Jesus Christ and that limit themselves to what makes our holy Religion most attractive in the hopes of getting all men under one big tent will ultimately fail because they are not a faithful Imitation of Christ's proclamation of the Kingdom, they are not rooted truth, neither are they sustained by grace.

On this feast of St.Matthew let us resolve to take our place amongst the Prophets and Apostles of old, who spoke God’s truth in and out of season, who were willing to suffer and even be put to death, and who concerned themselves more with fidelity to the words which God told them to speak, rather than on how they could alter the message to make it more enticing.

“They shall speak of the magnificence of the glory of thy holiness: and shall tell thy wondrous works.” Psalm 145:5.
Posted by Noah Moerbeek at 11:15 AM

A sales man expects to be compensated for his efforts if he in fact closes a sale. This is justice in any honest transaction where the sales man has provided a good or service that the customer has agreed is worth what is paid.

But an Apostle is told "...freely you have received, freely give." (Matt 10:8) The Apostles reward is the honor of working for the King. Any ulterior motive would sully his relationship with the Lord.