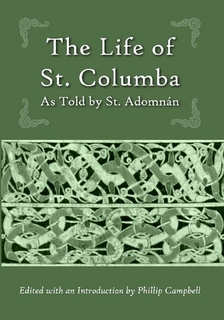 For many years, our website has featured occasional sketches of some of the obscure saints of the Catholic Tradition. Featured under our Sancti Obscuri page on the Unam Sanctam Catholicam website, these saints are usually from the first millennium and often from the British isles. What has really struck me in profiling over 50 obscure saints is that, while names like St. Beorn, St. Liutwin, and St. Plegmund might be unknown to us, these saints were often anything but obscure in their own day. Who has heard of St. Fursey of Lagny? Very few; but in fact he was the most famous Irish exorcist of his day with a fame comparable to Padre Pio in our own. Like St. Bernard, he founded several abbeys and preached the Gospel across France and England and was held in esteem by both the Anglo-Saxon kings and those of the Merovingians. Despite this, the name of St. Fursey of Lagbny has suffered with the passing of time, such that most have never heard of him (by the way, we have an article on St. Fursey).

Thus, often times we see that a saint's obscurity is not due to the obscurity of the saint, but just the vicissitudes of time, political development, the rise and fall of kingdoms, and so on.

It was the study of the Sancti Obscuri of England and Ireland that led me to the St. Columba in particular. Columba (521-597) lived during Ireland's golden age, when monks from the Emerald Isle spread out over all of Europe with a missionary zeal that is unrivaled in the Church's history. The great St. Columba of Iona was one of Ireland's most famous missionaries of the golden age. Exiled from Ireland as a young monk for his part in the bloody Battle of Cúl Dreimhne, St. Columba removed himself and a few loyal monks to the island of Iona in Scotland's Inner Hebrides. From his Abbey at Iona he spent decades spreading the faith among the pagan Gaels and Picts of Scotland, a labor that earned him the title "Apostle of Scotland." The introduction of Christianity in Scotland and is due to Columba's work. His hagiography, the Vita Columbae ("The Life of St. Columba"), was compiled in the 7th century by his successor, St. Adomnán of Iona. Full of miracles, prophecy, and visions of the holy angels, St. Adomnán's work reveals a saint mighty in the power of God and moved by a zeal for the salvation of souls.

The biography of St. Adomnán has been availble online in various corners of the internet, but it is not well known. Even the Community of Iona, the organization that has custody of Columba's famous monastery, does not offer any edition of  St. Adomnán's work for sale, as far as I can tell.

What is special about the new Cruachan Hill Press edition of the Life of St. Columba that you can't get elsewhere?

The new edition contains the complete biography of Adomnán, updated with historical footnotes to help better understand the people and places of St. Columba's day. It also features an original 30 page introductory essay on the life and times of the Irish golden age, the spirituality of St. Columba, and the genius of Irish Catholicism. Here is an excerpt of a page out of the introductory essay:

St. Columba was born in 521 in Gartan, now in County Donegal in Northern Ireland. He parents, Fedlimid and Eithne, were members of the local ruling dynasty, the Uí Néill clan. The Uí Néill were descended from the Niall of the Nine Hostages, High King of Tara who died sometime around 405. Following the death of Niall, the Uí Néill family dominated Leister and Ulster, ruling as petty kings over a small but vibrant northern Irish kingdom.

St. Columba was the great-great-grandson of Niall of the Nine Hostages. He was baptized “Colum”, which means “dove”, and is sometimes known as Columcille, meaning “Colum of the Churches.” Columba lived during the golden age of Irish Catholicism, when the young Christian faith was aggressively shaping the minds and culture of the Irish people. Ireland of Columba’s day was rife with saints; to this day one cannot go from one village to the next without stumbling across some well, stone, chapel, or shrine associated with some saint from this era.

From St. Columba’s earliest years he had the fortune to be surrounded by saints. We do not know when or how he discerned his vocation, but it must have been early. It was not uncommon for the children of the nobility to be given to tutors for their education; Columba was tutored as a boy by the priest St. Crunathan (also called Cruithnechán) who seemed to be an uncle of some sort and taught the young saint to read by reciting the Psalms; according to Adomnán, Crunathan once saw a ball of light hovering over the boy’s head as he slept, which portended great things for Columba’s future.

Columba is also said to have spent some time with a bard called Gemman in the region of Leinster. This would not have been uncommon in early medieval Ireland, as the bards were the keepers of a family’s oral histories and St. Columba would have learned the history of his people – as well as how to speak and sing – from such men. Indeed, Columba must have been well trained in this art, for Adomnán mentions he had a particularly lovely voice.In the company of Gemman he once witnessed the murder of a young girl. This moved him deeply, and in righteous indignation Columba declared that the girl’s soul was among the blessed while the murderer would go to hell. The murderer in fact died unrepentant almost immediately, another strange portent which established Columba as a prophet.

As a young man Columba attended the famous monastic school at Movilla, then under the guidance of the celebrated St. Finnian, also known as St. Findbarr. Here young Columba drank deeply from the wellspring of the Irish monastic heritage, which was then in its hey-day. Irish monasticism of Columba’s day was pre-Benedictine. St. Columba himself was a contemporary of St. Benedict, who died when Columba was just beginning his monastic career. Benedictine monasticism would not come to the British Isles until 597 (the year of Columba’s death) with the arrival of St. Augustine on Thanet and the beginning of the English missions.

What sort of monasticism did Columba imbibe at the monastic school of St. Finnian? We do not know too much about the particulars of early 6th century Irish monasticism; it is mainly known of through archaeological remains and hagiographies, such as the Vita Columbae. The early 7th century Rule of St. Columbanus probably resembles the rule of life Columba would have known. St. Columbanus’ rule is brief, only ten chapters. It emphasizes private confession of faults followed by corporal discipline, strict manual labor, and admonitions to poverty, chastity, and obedience. The most interesting aspect of the Rule of St. Columbanus is its provision for perpetual prayer, laus perennis. Whereas the Rule of St. Benedict punctuates the day by eight canonical hours in which all of the monks gather together, the laus perennis of St. Columbanus has the monks divided into different ‘shifts’ who relieve each other in the choir throughout the day. The purpose is that the praises of God be sung in the chapel without ceasing.

St. Columbanus died in 615 (eighteen years after St. Columba) and was reflective of the usage at Bangor Abbey in northern Ireland. How much it has in common with what St. Columba would have learned as a boy in Movilla is uncertain, although it is probable that at the Rule of St. Columbanus at least preserves the monastic spirit of the preceding century, even the particulars are different from what St. Finnian taught St. Columba.

There is also an excellent appendix that compiles all the hymns and prayers attributed to St. Columba, along with another essay on the hymnary of Columba and the Iona monks. These great additions make the new Life of St. Columba by Cruachan Hill Press the best English language resource available on this great saint. Full of saints and miracles, this classic Irish hagiography of one of Erin's greatest saints is a must have for any student of Irish Catholicism's golden age.

The book is softcover, 165 pages, $13.99 USD + shipping. You can purchase by clicking the PayPal button below:

I got a copy of Hermits and Anchorites of England from my parish bookstore a few weeks ago, and I'm really enjoying it. Hope to do a post sometime soon. I discovered that book via your blog. Many thanks.

Also, great post on St. Louis, whose feast day falls on my birthday.

Thank you! I know the exact bookstore you are talking about. They are my only commercial account, lol.