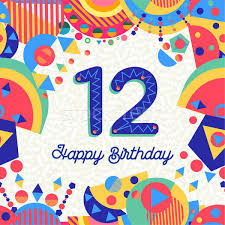 Good heavens...has it been twelve years!? Indeed it has; twelve years of blogging here at Unam Sanctam Catholicam, my friends. It was June 29, 2007 when this blog was launched. I was a young man working as a Director of Religious Education at a parish in the Diocese of Lansing. I remember for some time I had been frustrated with what I was experiencing in the churches around where I lived. I was baptized Catholic as a child but had no faith formation; I returned to the Church in 2002, receiving my First Communion at the tender age of 22.

But over the next few years I started to realize that the Church I had studied and prayed my way back into did not look the same as the Church I was experiencing on the ground in parish life. I had read about all the "riches" supposedly unlocked by the Second Vatican Council, but was extremely disappointed that the most vibrant aspects of the Church's tradition were notably lacking from parish life. Why was there such a paucity of Latin? Why was I hearing contemporary guitar music or Protestant hymns instead of Gregorian chant? Why were so many homilies so wimpy on Catholic dogma? Why did those in charge of the Church seem to lax when it came to promoting the Gospel? And most alarmingly of all, why did so many Catholics seem uninterested in their spiritual heritage?

When I returned to full communion with the Church in 2002, I had just kind of assumed that the Church I'd read about in my studies still existed. But by 2005ish there was a kind of disquiet and spiritual rut I was in. I couldn't quite put my finger on it. But it almost felt like a conspiracy...a conspiracy of silence about the Church's history and customs. As if traditional Catholicism was that one relative that we don't talk about because he's in prison. I remember 2005 was my senior year of my undergrad and that year I had completed a historical research project on the Second Vatican Council. I had studied the actual daybooks of the Council and read the interventions and came across the story of Cardinal Ottaviani's microphone being disconnected. This led me to Ralph Wiltgen's The Rhine Flows Into the Tiber, which was really the point where I started to realize what happened in  Rome in 1962-1965 was more revolutionary than I had hitherto understood.

But the transformative moment came in June of 2007 when I was hired as a DRE and had the privilege of reconnecting with Dr. John Joy, who at the time was not Dr. Joy but just a young dude working for the Church and preparing to go study abroad with his family. John and I had been friends back from our days at Ave Maria College and managed to catch up. John helped me understand that what I was really missing was the vital connection that any serious Catholic needs to the Church's tradition. He gave me a copy of Msgr. Klaus Gamber's book Reform of the Roman Liturgy, as well as Michael Davies' Liturgical Timebombs. He also introduced me to other valuable works like Msgr. George Agius' Tradition and the Church and the works the the Dominican theologian Servais Pinckaers on Christian ethics and the morality of happiness. Understand, before I was introduced to these authors I had primarily been reading Jimmy Akin and Scott Hahn sort of books, which, while having some value, left me profoundly undernourished. These works John introduced me to had a very profound effect on my thinking and helped me to crystallize some things in my head that hitherto had been vague, unformed sentiment. They helped me really reconnect with the foundations of the Catholic faith and understand more about what my spirit was lacking and where to find it.

But John also did something equally formative—he introduced me to blogging. It being 2007, I still did not have the Internet in my house so I was oblivious to he existence of a traditional Catholic blogosphere, which in those days was still in an inchoate, latent phase of development. But John introduced me to three blogs: the New Liturgical Movement, Rorate Caeli, and a particularly entertaining blog run by some eccentric crank out on the west coast called Athanasius Contra Mundum.

Learning of the existence of traditional Catholic blogs was revolutionary. See, before I started reading them, I was under the impression that my own frustrations with contemporary Catholicism were more of a matter of personal taste. I did not realize that there was a rather substantial sub-group within Catholicism who felt the same, and not as a matter of mere sentiment, but as a coherent, alternate vision for what the Church could and ought to be, grounded in its history and traditions and faithful to its own charism.

In other words, I realized I was not alone.

And so, here I am, 12 years later, with 1,808 essays and 3.5 million pageviews across two different sites under my belt, still rolling with this weird hobby of mine—and pleasantly surprised that so many of you are still along for the journey.

God bless you all, blessed Feast of Sts. Peter and Paul, and prayers for another year of blogging!
Posted by Boniface at 3:45 AM

I'm so glad you started and persevered with your public writing. Reading it has enriched my education. I'm often astounded at the breath and depth.

As an extremely frustrated seminarian, I must thank you Boniface from the Bottom of my heart. Your blog has been invaluable in helping me to straighten our my own theological understanding (I don't trust my seminary already to provide correct intellectual formation).

If you get frustrated by the breadth and depth of this Greatest of Heresies, please keep up hope. Your writing is a light in the darkness for so many of us suffering in the trenches.