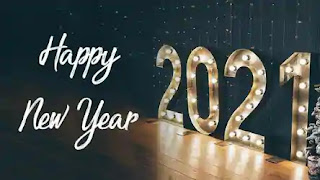 We have finally made it to the end of 2020. So much has happened this year, it seems difficult to process that only twelve months have gone by. Do you remember the big news around December 31, 2019? I will remind you—we were arguing about whether Pope Francis slapped a Chinese woman or not. Crazy how much the ground has shifted since then in so many ways. Twelve months later we are at a place where the faithful are fighting just to attend Mass in many places and basic liberties are under attack throughout the world in a way few of us imagined.
The year was formative for me in many ways as well. Though it was challenging socially, it was not bad for me professionally; in fact 2020 was probably my most professionally successful year ever. I also seem to have had several breakthroughs in my spiritual life that have shifted me into a richer and more rewarding Christian life. I hope you all also had some unexpected blessings in 2020. For me, I will always remember it as a challenging year, but a formative year that was good for me personally.

I was unable to blog as much as I would have liked this year, and honestly sometimes there was so much going on that by the time I had something to say I questioned whether it was still relevant. Even so, there were a few articles this year that were among my personal favorites:

Our New Civic Religion: The ideology of Black Lives Matter has assumed the form of a new civic religion.

"Utilitarianism": The Latest Word Being Used Incorrectly: Responding to objections that anti-lockdown Catholics are taking a "utilitarian" approach to human life in the pandemic.

Some Coronavirus Catch-Up: Though probably dated now, this article from the first weeks of the lockdowns was my first attempt to respond to some of the stupidity that only became more endemic as 2020 wore on.

Balancing Truth and Humility: My most recent article, encouraging us all to balance our zeal for the truth with authentic Christian humility.

On the Ridiculous Extension of the Term "Pro-Life": Liberal Catholics have a tendency to continuously expand the definition of "Pro-Life" until it becomes equated entirely with political progressivism.

On Wokeness and Reasons People Leave the Church: This was by far my most popular article of the year, in terms of views. Examining the reasons a well-known Catholic family gave for leaving the Church and how they were related to the phenomenon of "Wokeness."
The Problem of the "Reverent Novus Ordo": The fact that the Novus Ordo can be celebrated reverently is not an argument in its favor; in fact, it exemplifies its greatest weakness.

I look forward to another year of blogging. A special blessing to those of my friends who have stuck with me this long. What news of your own lives?

It's strange; I too have had a very successful year professionally. In fact, all my family members have had a better than average year. The Blessed Mother and her Son have been with us. In some respects, even the hard times can be seen as a blessing in that they help us to detach from the world and develop a closer relationship with God. I have often wondered if that is one of the main reasons that God permits suffering (i.e., to help us to detach from ourselves and the world and draw closer to that peace which is not of the world). Yet, like Our Lord, I have been praying that this chalice can pass. Furthermore, I'm hoping and praying that the BVM will intercede on our country's behalf and give Trump a second term. She's pulled off bigger surprise victories historically. I can't thank you enough for all your thoughtful and insightful blog posts. I check this site at least once or twice a month hoping to find a couple of posts. Your commentary is always thought provoking and highly enjoyable. God bless you and your family. -- Mark