A Brilliant Quote from a Favorite Saint 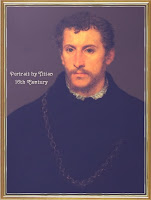 The words of St. Edmund Campion to Queen Elizabeth and her judges upon being condemned to death:
"It was not our death that ever we feared. But we knew that we were not lords of our own lives, and therefore for want of answer would not be guilty of our deaths. The only thing that we have now to say is, that if our religion do make us traitors, we are worthy to be condemned; but otherwise are, and have been, as good subjects as ever the Queen had. In condemning us you condemn all your own ancestors - all the ancient priests, bishops and kings - all that was once the glory of England, the island of Saints, and the most devoted child of the See of Peter. For what have we taught, however you may qualify it with the odious name of treason, that they did not uniformly teach? To be condemned with these lights - not of England only, but of the world - by their degenerate descendants, is both gladness and glory to us."
This puts one in mind of today's traditionalist Catholic motto:
We are what you once were.
We believe what you once believed.
We worship as you once worshipped.
If you were right then, we are right now.
If we are wrong now, you were wrong then.
I highly recommend, by the way, Evelyn Waugh's Edmund Campion: A Life. His is the story of a priest who gave everything for the preservation of the traditional Mass.
Posted by Anselm at 12:35 PM