The Authority of Regional Synods and Councils 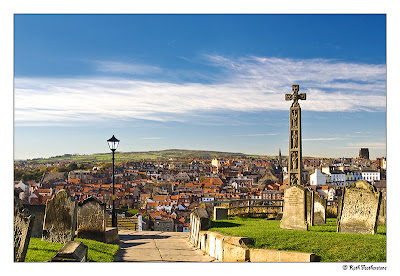 Provincial councils and regional synods are things that, like imprimaturs and nihil obstats, tend to get mistaken and quoted for the "official teaching of the Church" when in fact they are of much less authority than one would suppose. This is especially true for new Catholics, who can have a heck of a time sorting out the various degrees of authority within the Church and understanding from whence different statements come and when a statement is official and authoritative.

Historically, regional councils and synods have been summoned for the purpose of enforcing discipline and, as such, do not have definitions regarding the Faith as their primary aim. Nevertheless, in the interest of enforcing the teachings of ecumenical councils, dealing with heresy within a region, or answering disciplinary questions, regional councils inevitably have ended up issuing statements on matters of faith throughout the centuries. Where do these regional canons fit in in the larger picture of Church teaching?

Because these regional decrees are not infallible and are subject to error, I do not think we can establish Church dogma based solely on them; in many cases, regional councils have actually taught against what later goes on to become the de fide teaching of the Universal Church, as we shall see below. Yet, they do have value from a historical standpoint of helping establish how the universal teaching was understood in any particular region at a given time. Also, though I would not try to establish a doctrine based on a regional council, the teaching of a regional council may serve to better clarify or bolster a doctrine that is already understood to be part of the depositum fidei - for example, the Councils of Toledo in Visigothic Spain attempted to clarify and expand upon the doctrine of the Trinity, which was important because the region had only recently converted from Arianism.

Yet, these councils are certainly not always free from error. At their very worst, regional councils may be a means of a local episcopate protesting an act of the pope or the teaching of the Magisterium. The Seventh Council of Carthage, convened under the presidency of no one less than St. Cyprian, taught the necessity of rebaptism for persons baptized outside the Church and also insinuated that priests and bishops who committed grave and manifest sins (apostasy, in this context) lost their office - concepts that would later be central to Donatism. Both of these positions were vehemently argued against by Pope St. Stephen I, who elucidated the true Catholic teaching that any baptism done with the correct form, matter and intention is valid, and that one who receives Holy Orders receives an indelible mark that cannot be effaced by any sin. In this case, the Council of Carthage was used as an organ of dissent from the Holy See. By the 4th century, its teachings would be understood as heresy.

Regional councils may also be expressions of local sentiment and piety and as such may reflect regional beliefs, even if they are at odds with the teaching of the universal Church. There were several regional synods and councils in Ireland in the early Middle Ages aimed at preserving Celtic practice against Latin influence; eventually, it was another regional synod, the Synod of Whitby in 663, that firmly secured England in the Latin disciplines.

Another great example of this idea of the regional synod as an expression of local belief and custom is the Council of Frankfurt, convened under Charlemagne in 794. This Council, in direct opposition to the Second Council of Nicaea (787), taught that images ought not to be venerated., reflecting a Frankish mistrust of icons and images. These canons that repudiated Second Nicaea were later abandoned. In 1164, the English regional Council of Clarendon actually legislated against the authority of the pope and bishops in placing clergy under secular courts due to the fact that many of the English bishops were puppets of Henry; St. Thomas Becket would go into exile in protest of this Council and the Holy See negotiated with Henry II for the next four years to get the so-called "Constitutions of Clarendon" revoked or amended.

The famous Council of Pistoia (1786) tried to introduce the concepts of Gallicanism into Italy along with some Jansenist sentiments and was subsequently condemned by Pius VI in the bull Auctorem Fidei. The local sentiments of the clergy of Pistoia, many of whom favored Jansenism, were expressed through the Council; it was up to the Holy See to bring them back into line with universal practice and belief.

It sometimes happens that rather than contradicting or opposing the teaching of the Universal Church, a provincial Council will actually get ahead of the Church in defining something with much more precision and specificity than the Universal Church. Sometimes these definitions of regional councils will later be adopted by the Popes in creeds or larger doctrinal statements (such as the many Councils of Toledo, which dealt with Trinitarian controversies and are cited in the Catechism of the Catholic Church); other times the popes will not go as far as the regional council or will pull back and take a more moderate stance than that of a regional council. A good example of the latter is the Council of Colonge.

The Council of Cologne, summoned in 1860 specifically taught an immediate, direct creation of Adam and Eve by God and condemned any possibility of material evolution, ruling out any other sort of creation other than spontaneous, direct and immediate creation. The Council stated: "Our first parents were formed immediately by God. Therefore we declare that...those who...assert...man...emerged from spontaneous continuous change of imperfect nature to the more perfect, is clearly opposed to Sacred Scripture and to the Faith." This goes way beyond what Pope Pius XII taught in Humani Generis, where the very possibility of material evolution of the body was permitted as a possibility. We may disagree with the prudence of this allowance, but we cannot disagree with the fact that Pius does make the allowance. It is a perfect example of a regional Council going further into more specifics than the Universal Church. In this case, Cologne clearly went beyond what the subsequent Magisterium was comfortable defining.

In conclusion, these synods and councils are helpful for demonstrating how the Faith was understood and applied at any given time throughout history in a specific place, but they are not in and of themselves authoritative with any divine authority. They do have a kind of historical authority to establish what was taught and believed, but as we have seen above, they do sometimes stray from the teaching of the Universal Church at times.

Speaking of weighing the authority of regional synods and councils, I was wondering if you had an opinion on Fr. Francis Sullivan's "Creative Fidelity: Weighing and Interpreting Documents of the Magisterium" and his "No Salvation Outside of the Church?" Do you have any recommendations for other works that cover these topics? I have heard Fr. Sullivan leans to the left of the barque of Peter, and I wondered if you could recommend other books on the same areas?
Thanks!

I am afraid I cannot recommend anything. I am not familiar with Sullivan, but I know that books and pamphlets on this topic either veer too far to one side or the other. I have never seen what I think is a really balanced approach.