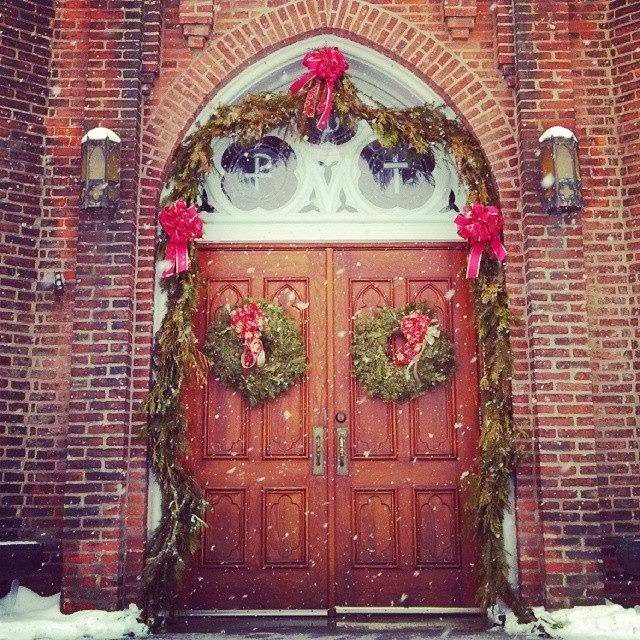 Lent is upon us, with all of the obligations and calls to penitence and spiritual growth that go with it. One common Lenten practice is more intensive spiritual reading or study of the faith; why not fulfill part of this duty by reading some of the great articles and resources brought to you this winter by Unam Sanctam Catholicam? Some of you may be giving up Internet and blogging for Lent; I commend you for this! But for those of you who aren't, may I humbly suggest the USC website's series of winter posts?

This series of posts is also notable for the availability of two great resources.  Shortly after the new year we made freely available an excellent 11 page instruction on Gregorian notation, courtesy of the Parish Book of Chant, which allows free copying and distribution to facilitate the broader use of Gregorian Chant. Then in late January a seminarian made us aware of the previously published but not widely circulated work of Fr. Joseph Komonchak of Marquette University who had translated five of the original nine schemas of Ottaviani's Preparatory Commission. These translations reveal the sorts of documents originally envisioned by the Roman Curia prior to the rebellion of the German-speaking bishops and the subsequent rejection of the original schemas. The differences between the original schemas and the documents we ended up getting are striking.


We also began offering two wonderful new books. Hermits and Anchorites of England is a new edition of the classic 1914 work by Rotha Mary Clay on the eremitic life of medieval England. Containing over 50 illustrations and a new introduction, this work is an invaluable resource for those interested in medieval spirituality. It is a very high quality edition, not a generic OCR reprint.

The Gospel Illustrated by Duccio, by John Joy, a long time friend of USC whose other books on papal infallibility and penal substitution already grace the USC bookstore. The Gospel Illustrated by Duccio is a unique creation designed to celebrate one of the greatest artistic masterpieces of the high medieval period while also bringing to life the Gospel story with over fifty images of scenes from the lives of Jesus Christ and the Blessed Virgin Mary. It is a very welcome alternative to the banal wilderness of "children's bibles." The book includes the complete extant cycle of images from the Maesta Altarpiece, which Duccio di Buoninsegna completed in 1311 for the Cathedral of Siena, Italy. Introduce children to the Gospel through classical Christian art - what a concept!

Though it is not new, I would also like to remind readers of our article from Lent, 2013 on the Art of Fasting, delving into the purpose and methods of efficacious fasting, according to St. Robert Bellarmine. The article, The Spirit of Lent, is also recommended to remind us of the proper dispositions we ought to have as we proceed through Lent.

Religion and Culture in Frankish Syria: Unique as a Latin outpost in a Muslim east with an orthodox Christian minority, the religious culture of Frankish Syria was an eclectic mixture of contradictions: zeal and laxity, politics and religion, the highest moral ideals and the loosest of moral standards - a religious culture that was neither European, nor Eastern.


Christ Dying at Every Mass: Whether through malice or ignorance, many Protestants mistakenly assume that Catholics believe Christ is actually put to death at every Mass. This is neither true theologically nor historically.


Our Lady's Knowledge: Following Pope Francis' comments in his homily on December 20, 2013 that the Blessed Virgin Mary may have felt "cheated", deceived or weakened in faith when confronted with her Son's crucifixion, there has been a lively interest in the topic of our Blessed Lady's knowledge. What exactly did she know about her Son's mission, and when did she know it? This is an interesting question, one in which we can easily fall into extremes. As always, it is best to begin with Tradition.

Original Vatican II Schemas: Majorly important article on the original Vatican II schemas; the ones prepared by Cardinal Ottaviani and rejected by the liberal-progressive bishops for being too rigid and scholastic. Read the actual English translations of the documents and see the Council that could have been


Why Do We Bless Our Meals? To thank God, obviously...but did you know the simple table blessings are also meant to be minor exorcisms? This story of the possessed lettuce will make you approach meal time with a whole new appreciation for table blessings.

Collegiality: The Church's Pandora's Box: Learn the history behind the most controversial teaching of Vatican II and see why the doctrine of collegiality was fiercely contested by many Council Fathers.


Standing around the altar during consecration? While most readers of this blog do not go to parishes where this is a problem, it is good to know the particular legal and liturgical rationale for why this practice is not in keeping with the spirit of the liturgy and is in fact a grievous abuse.

Truth About the Kyrie: Repost of an old article from Athanasius Contra Mundum; the Kyrie does have its origin in Greek, but it is not because the Roman liturgy used to be in Greek. In fact, it was not introduced into the Roman liturgy until the 6th century.

Meletius and St. Peter of Alexandria: A lesson from the Great Persecution about being in union with the Church and how much this really matters.

Grandchildren for God: A primer on the theological rationale behind the Catholic practice of infant baptism (Note: This article deals only with theological, not historical considerations).


One last thing; in January, we announced two new contributors to the USC blog and website. This means content is going to be going up with greater frequency, both on the blog and site. Please follow us on Facebook or consider subscribing to this blog in order not to miss anything.
Posted by Boniface at 8:00 AM