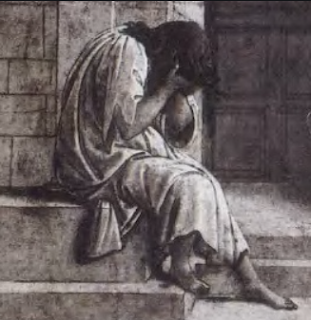 Have you ever reflected on how your judgment of whether you are harsh or lenient with a particular sin is colored by your own experience?

We tend to assume that everyone starts on a level playing field—that when it comes to virtue and vice, we are all a blank slate. Perhaps this is true in the sense that nobody is born having committed any actual sin, nor with any particular virtue. But we must not forget that we all have certain natural dispositions inherent in our personality. These dispositions not only make us more or less susceptible to certain kinds of vices and virtues, but affect our culpability or merit respectively.
For example, a certain person by nature has an extremely gregarious personality: extroverted, talkative, sociable. Because of his gregarious nature, he is susceptible to the sin of gossip and falls easily into it. But another man by nature is reserved and solemn, not given to much talk in general let alone the sin of gossip in particular. The former can scarcely go a few days without gossiping, while the latter has probably never committed the sin in his life.
Now, the silent, reserved man might look at the chatterbox and feel irritated and judgmental about the latter's proclivity to gossip. From his perspective, it is not a difficult thing to refrain from gossip and he is annoyed that the other cannot exercise the restraint that he himself exhibits. He has no problems refraining from gossip, why can't the other?

What this man does not realize is that it is not his great virtue that restrains him from gossiping—he merely has a personality that is not disposed to it. Because he is not disposed to it, there is no struggle for him in refraining from it. Because he experiences no struggle, he can't understand that other people do. Because he can't understand this, he can't empathize. Because he can't empathize, he judges the other for his sin. And his assessment of his own virtue is distorted.
But what of his own sin? He may not be disposed to gossip, but he is certainly disposed to other sins. Perhaps because he is withdrawn he is often lonely, and turns to pornography now and then in vain hopes of consoling his loneliness. This is a struggle for him. He is deeply embarrassed by it. He understands the temptation and the difficulty surrounding this sin. Because it's hard, he wants empathy—and he easily gives empathy to others struggling with pornography as well. He is much less likely to judge himself or others for this sin. He is much more likely to feel like, "Nobody's perfect. I know I've got my faults, but I'm trying." He is more lenient.

This is because virtue is not merely doing the right thing—it is doing the right thing habitually, because you have disciplined yourself to do so. A person who who has learned to be unperturbed through discipline has acquired the virtue of patience. A person who is naturally chill and unperturbed by things has considerably less patience, considered as a virtue.
Through the gift of wisdom, may we see with God's eyes and truly focus on removing the plank from our own eye.
Posted by Boniface at 3:11 PM

Another fantastic post and a very welcome reminder Boniface!

I'll only note one small point of opposition - Fr Ripperger says that for every temperament, one can develop virtues in accord with its dispositions, and those contrary to it also. Thus, for we phlegmatic types, patience is natural to us, but zeal is not (using his example). To the extent that the former is easier for us to exercise, we have it in a lesser degree, certainly. This is far removed from not having it at all. I think your point is made too strongly at the end.

God bless you for your work :)

That's a great recommendation. I will make that edit. Thank you!

good article, and much needed advice for me personally.

a reverse yet similar situation would be the person that claims to be able to take alcohol well, and thus sinfully justify excessive and scandalous libation; while another may be weaker and get drunk quite quickly, but therefore try to avoid drinks more often. if the first person contained himself, he would surely have more virtue than the second, as you state in the post; but he doesn't. and likewise, if the second person would use his weakness as a justification to get drunk frequently yet claim not to have drunk much at all, he would be lacking in temperance just as sorely as the first.

may Saint Scholastica pray for us, that God deliver us, and we may cooperate with his grace to grow more virtues.