"We agree on essentials" 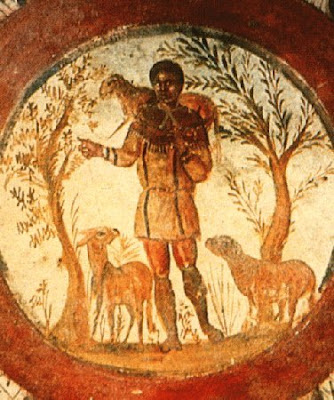 A strong argument against Protestantism is that the Protestant concept of the Church seems to be in serious contradiction with Christ's express desire that the Church be one (John 17:8-26). This oneness is no superficial unity, but is an essential unity that is derived from Christ's unity with the Father. This runs against the Protestant notion of many individual churches united by nothing other than vague agreement on certain fundamentals. As we will show momentarily, there really is no agreement even on fundamentals. The only "fundamental" that Protestants hold in common is that the Catholic Church is not the true Church.
But is the Catholic Church's interpretation of Christ's wish in John 17 the only viable understanding of what it means for the Church to be "one?" Protestants often will say that the fact that there are 22,000 Protestant denominations in the world (with 1500 new ones forming every year) does not in any way conflict with Christ's prayer for the oneness of the Church. They will argue, "Sure, we disagree on things. This is to be expected since the Church is a human institution. But we all agree on the essentials, and so we really are one in the Spirit, though there may be different organizations."
This is not an implausible argument outright. Many Catholics disagree on accidental or prudential matters and still remain in the unity of the Church, because as long as we can all agree on the dogmas of the faith and remain in communion with Rome, then it can be said that we have unity. So, Protestants claim that their disagreements among themselves are of the same nature: accidental to the essence of Christianity, about non-important matters that do not effect salvation. Examples often cited are whether or not one should speak in tongues, whether women should have leadership roles within the Church, whether healing still occur, and so on. "So you see," they will say, "we may have denominations that disagree on these issues, but we all agree on the fundamentals."
Is this really the case? I would submit that this argument is specious for three reasons.
1) Who decides what is an "essential" and what isn't? This argument implies that there is some body of essential doctrines that all Protestants already agree on, which essentially begs the question. So, all Protestants agree on essentials. What are essentials? Those things which all Protestants agree upon. See the problem here? Taken seriously, this argument appeals to some trans-denominational authority to decide what exactly is an essential doctrine and what isn't. And who will make this call? Is it essential to salvation to believe in the literal nature of Christ's miracles? What about the Genesis account? What about the historicity of the rest of the Old Testament? This quickly becomes a quagmire if there is nobody with the authority to say what is essential and what isn't, and since the Protestant world has no such authority, there can be no agreement on what essentials are.
2) Is anything pertaining to Revelation non-essential? We also ought to ask ourselves, "Can anything that God revealed be considered accidental or non-essential to faith?" By saying, "We agree on essentials," Protestants thereby imply that there are other matters of faith that are non-essential. In the Catholic Church, these non-essentials are usually matters of judgment, prudence, etc (whether to adopt Carmelite or Benedictine spirituality, whether or not a specific war is a just war). But all doctrinal matters are settled and defined de fide, leaving no fuzzy realm of non-essential doctrine. In fact, to have a non-essential doctrine would by oxymoronic, since all dogma is revealed for the sake of our salvation, as Dei Verbum 11 says (which is what it actually says).
What are some of these "non-essentials" that Protestants say are not important? I've heard some amazing things: forms of baptism, how we receive the Holy Spirit, the nature of Christ's Second Coming: in essence, anything a Protestant cannot agree upon is relegated to the realm of a non-essential, and some of these issues are anything but.
3) Non-essentials are essential. Following the last point, if we look at what it is exactly that Protestants cannot agree upon, we begin to see that they are no mere accidental issues, but things central to salvation. Here are some issues that divide major Protestant groups: the role of works in salvation, how baptism ought to be done, predestination, what baptism does (if anything), the Rapture, how one receives the Holy Spirit, the nature of Holy Communion, the indissolubility of marriage, the morality of homosexual acts, and on and on. These things are not negotiable issues where we can take either side and be just fine in the end. On most of these issues, if you take the wrong side, you are striving not only against men but God. To be wrong about the method of validly baptizing (or wrong on what baptism is) is no dispensable, non-essential issue but is intimately bound up with salvation itself. How dare anybody relegate any of these issues to the realm of the non-essential!
So, does the Protestant argument that "we all agree on essentials" hold any weight? Not at all, because on a practical level there is nobody with the authority or wisdom to decide with certainty what is an is not an essential dogma, and theologically because the things that Protestants disagree on are often the most weighty and soteriologically important of dogmas.
Posted by Boniface at 4:11 PM