In your face OPEC! 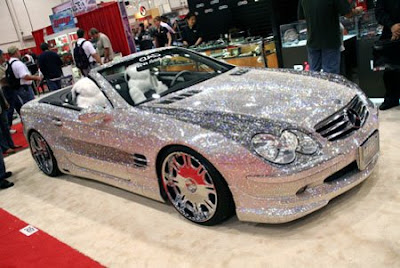 Well, I hope nobody will fault me for turning much of my gaze towards political and economic matters in the past few weeks: there is just so much to comment upon! Ideally, this blog would be all about specifically Catholic related stuff, like liturgy and theology. I have noticed, however, with regards to the Church that it seems like it is only in the Catholic Church that we are seeing genuine good news. Isn't that interesting? When the economy was booming and the United States was sitting pretty on the top of the heap for the past two and half decades, the state in the Church was abysmal. Now the Church is finally making some progress towards true reform and true restoration, and it is against the backdrop of a collapsing economy and the possible loss of the US's worldpower status. Is there some kind of spiritual law that the Church will always prosper when the secular civilization fails? Perhaps. Look at the rise of the Church around the time of the Fall of Rome.
But I digress. I am so tickled pink that gas is coming down (though it is still at least 50% too expensive in my estimation), and I am even more delighted that the criminal band of robbers and cheats known as OPEC is running around like a chicken with its head cut off over the astronomical "drop" in oil prices recently. Check out this article, which describes how they are having "emergency" meetings to try to curb the price drop. It is laughable indeed!
When did gas falling below $3.50 become an emergency? I have been recording in my journal over the past few months the price of gas at various intervals, and I notice that where I live, it was $3.53 in June of this year. OPEC wasn't complaining about low prices then. Why not? Because, of course, the price was on the rise. OPEC is saying that they are concerned about the price of oil falling with regards to wishing to "stabilize" the oil markets. Where were their calls for "stabilization" when it was going up five dollars per barrel per day? They don't care about stablizing the market. Here's what is really going on:
The cost just to pump the oil out of the ground is about $6.00 per barrel. Factoring in some other cost for shipping and production, most of what OPEC gets paid is profit. Starting around late 2002, when the average price of gas first rose above $2.00, the OPEC nations started making tremendous profits, which only got bigger as the decade wore on. They have taken in staggering amounts of money: $1.9 trillion dollars of oil profit in the six gulf states, with an annual surplus of up to $300 billion every year (source). Wallowing in wealth, they have begun to live the high lifestyle, as is evident by the extraordinary developments in cities such as Dubai.
But they made the same fatal flaw as many in the housing market: assuming that prices would always be going up. Now that they are dropping, they realize that they may no longer be able to afford to maintain the type of culture they are creating and are thus scrambling to keep the price of oil inflated so as to keep their wealth. Think back to 1999. I was nineteen then, and working at a gas station. I remember the price being $0.88 that winter. It was wonderful. If you look at this graph, it shows how low prices once were; January and February 1999 were the lowpoints, when gas on average was $0.96 per gallon. It theoretically could get that low again. But the profit of the Saudis was so low during that period (the 1990's is remembered with loathing in Saudi Arabia as a time of terrible profit-loss) that they are determined to never let it happen again.
Thus, OPEC is doing all in their power to stop the oil prices from going any further down. They want to keep enjoying the fabulous wealth they have gotten in the past six years. But some say that there is no stopping the drop. I say, "In your face, OPEC!" It's about time you felt what it was like to get it stuck to you! I am very pleased fuel prices are going down. I am happy that they are dropping. When will I be satisfied? Well, when it gets below $3.00, then I'll get excited, but I won't stop complaining until it goes back down below $2.00, and even then I'll still probably whine that it should be closet to $1.29.
Some say we'll never see those prices again, and the days of good, cheap oil are over. Maybe so. But either way, I hope we can all get into renewable energy, if for nothing else just so we can get off of Saudi oil, drive their prices into the ground and watch that theiving country reel back to the dark ages.
Posted by Boniface at 2:56 PM