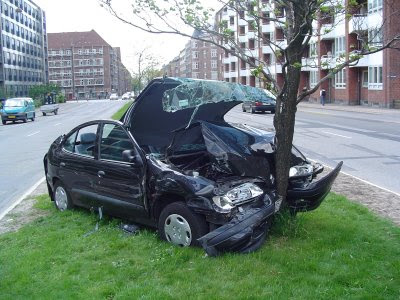 I've been reading the work of St. Robert Bellarmine entitled The Art of Dying Well also called How to be a Saint, Now and Forever. It is a great little practical manual on virtuous living, akin to St. Francis de Sales' Introduction to the Devout Life. It has some great meditations on death. Here's an excerpt from Book 4:

Our Creator does not wish that all men should die at a certain known time, lest, during all the period before this, they should indulge in sin, and then endeavor to be converted to God a little before their death. Divine Providence has therefore so disposed things that nothing is more uncertain than the hour of death: some die in the womb, some when scarcely born, some in extreme old age and some in the flower of youth.Others languish a long time, or die suddenly, or recover from a severe sickness or an almost incurable disease; others are only slightly affected by disease, but when they seem secure from death, the disease comes on again and takes them away...

...In order that we may be mindful of the uncertainty of the time at which the Lord shall come to judge-whether it be at our death or at the end of the world-nothing is more frequently repeated in the Holy Scriptures than the word watch, and also the comparison of the theif, who comes when he is least expected...Nothing more useful occurs to me than for us frequently and seriously to examine our consciences, so that we may prepare for death. All Catholics, when they are about to confess their sins, do not fail to examine their conscience beforehand...there are hardly any Catholics who, when near death, do not confess their sins.

But what shall we say of those who are snatched away by a sudden death? What of those who are afflicted with madness or fall into delirium before confession? What of those who, being grieviously afflicted by their disease, cannot even think of their sins? What of those who sin while dying, or die in sin, as they do who engage in an unjust war or a duel, or are killed in the act of adultery? Prudently to avoid these and other like misfortunes, nothing can be imagined more useful than for those who value their salvation to examine their consciences diligently...

Besides being a great little treatise on preparation for death, I wanted to use this excerpt to point out the traditional understanding of a sudden death as a misfortune. There used to be a traditional prayer in which one pleads with God to not be taken in death unexpectedly: "Thy hands, O Redeemer! have wholly made and formed me: ah! suffer not death to take me unawares; give me, I beseech Thee, time for penance; vouchsafe that I may pass from this life happily in Thy grace, that I may love Thee with my whole heart, and praise and bless Thee forever and ever" (click here for the whole prayer).

I have noticed, however, that nowadays many people seem to think that a sudden death means the person automatically is saved, and this especially pertains to cases where the manner of death is particularly tragic, like a school shooting, plane crash or space shuttle explosion. I think of all the eulogies of the people who died in 9/11 or other like tragedies, how many spoke of them, as if they went right to heaven. This happens at Catholic funerals all the time, of course, but in cases where there is a sudden and tragic death, people almost seem to think that the tragic nature of the death itself is somehow what merits heaven for the person. Now I know it would be insensitive to go around right after 9/11 saying, "Yeah, but some of those people probably died in mortal sin you know..." I don't know that, and I'm not going to make that judgment. But neither am I going to take the American default position of, "It's so sad, but they went on to a better place." Oh really? How do we know that? Just because they died tragically?

I think the implicit idea is that there is a debt of justice on God's part: since these people were taken away prematurely under such tragic circumstances, God owes it to them to bring them to heaven. As if simply being killed were an act of virtue. As if God has to apologize or explain or make up for the way He chooses to bring us out of this world. Perhaps this is a perversion of idea that a martyr goes straight to heaven - but in that case, it is not the fact that the martyr suffered physical death that merits even (everybody suffers physical death) but that they suffered death because of the faith. It is the adherence to the faith, the willingness to lay down one's life for Christ that makes the death of the martyr meritorious, not the simple fact of their being killed. "Oh, it's so sad Sebastian got shot up with arrows - that's so tragic! But, I'm sure he's in a better place." Yes - but not because he got shot up with arrows, but because he loved Christ and gave himself for Him.

On the other hand, it is not necessarily true that sudden or unforeseen death is necessarily a sign of God's reprobation. St. Bellarmine does not say that it is - rather, he says that due to the fact that it causes one to go into eternity (potentially) unprepared, it is an undesirable situation to be in from a pragmatic standpoint. Although many in the ancient and medieval times believed that a sudden death was not just undesirable, but an actual sign of God's condemnation of a soul. The easiest example to point out is from the New Testament:

The temptation of the disciples was to think that just because a temporal calamity befell some (like a tower collapsing on them) that they were under God's condemnation: "worse sinners" than others. Christ tells us that the manner in which they exist this world has nothing to do with how sinful they were, but is due to the inscrutable Providence of God. Instead (and I think this must have been shocking to the first listeners), he warns them not to think on why they perished but on why they don't all perish. This seems to be the best response when calamity strikes: not "Why them? Why so tragically?" but "Why not me?" God can dispose of us any way He chooses and nobody is guaranteed an easy end.

That is why we ought neither to presume people who die tragically get a free pass by virtue of their pitiful end, nor think that people who die in such ways are under God's judgment. We ought to do as Christ says in leaving these things to God's unknowable will, and in the meantime understand that a sudden death is not desirable - but that since, as Bellarmine says, a sudden death is very possible for any of us, we ought to always have it before us and be prepared.

I couldn't mention sudden death without including this video of the pastor's sermon from Pollyana: