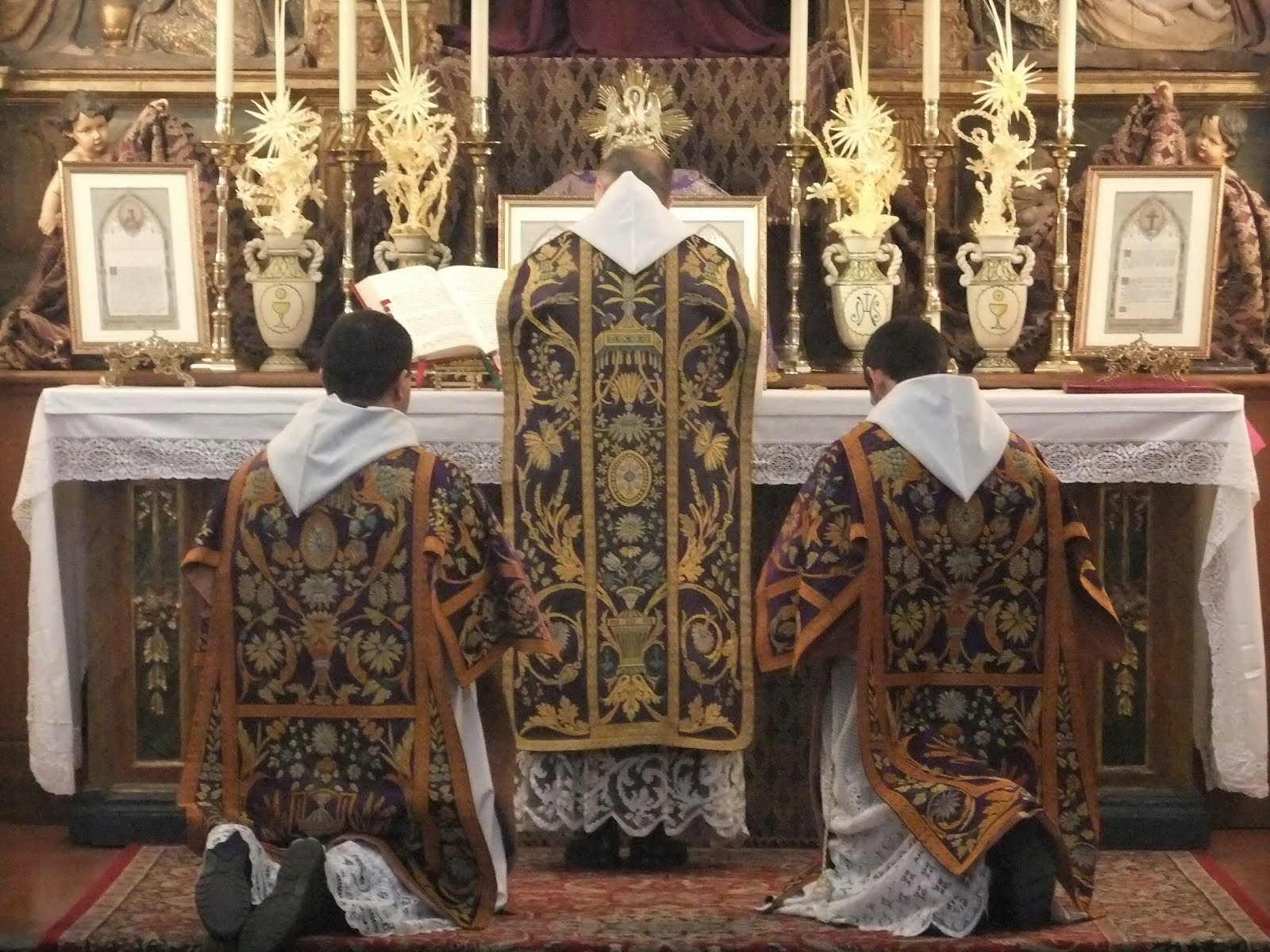 Today, June 29th, 2014, is the seventh anniversary of the founding of this blog, which was begun on the Feast of Sts. Peter and Paul in 2007 by Anselm and myself. Even that founding was in a sense a re-founding, as I had originally launched Unam Sanctam Catholicam back in 2004 on the ancient blogger platform with some posts about morality and one about Chesterton. But as I did not have a lot of time and as blogs were fairly new back then, I let it linger for three years until Anselm turned me on to traditionalist Catholic blogs by introducing me to the New Liturgical Movement and Athanasius Contra Mundum. To date, this blog has 972 posts, and the sister site close to 500, which have together been visited 810,000 times. Deo gratias.

The anniversarial posts on this blog are usually occasions for announcing new or upcoming features on the blog and website. To that end, I have two announcements:

The first, I will most likely be in seclusion for the next month or so. I have a lot going on in my personal life and may not get around to blogging as much. Maximus and Noah will no doubt have some posts, but probably  not so much on my end, especially on the website, where posts are of a little bit greater depth. I still have a few things I may throw out that I have been working on, but in general I have to devote some time to my "real" life for the next month and will be on here only sparsely.

Second, and perhaps more exciting: In the introduction to this post, I mentioned the blog of Ryan Grant, Athanasius Contra Mundum, which went defunct in Easter, 2011. This blog was a wonderful resource of scholarly traditionalist thought and was instrumental in persuading me to take up blogging. He actually really established this blog's first readership by linking to an article I did on St. Louis IX; that was the first of many links from traditionalist blogs and sites that helped establish the reputation of USC.

Over time I made the acquaintance of Mr. Grant and he even invited me to contribute to his site, which was a blessing. Several of Ryan's articles have been republished on the USC sister site (see here, here, here and his work on Sedevacantism here). Ryan did not disappear after the closing of ACM; he posted for a time on Distributist Review and briefly surfaced again last summer on the wonderful but short lived experiment in professional traditionalist apologetics, the now defunct Faithful Answers.

I am happy to say that after a three and a half year hiatus, Ryan has returned to the blogosphere with a full relaunch of Athanasius Contra Mundum. The new Athanasius Contra Mundum, available here and this time on a Wordpress platform, retains several stylistic elements of the old site but with the greater versatility offered by Wordpress. I have to warn you, there is not a ton of content on the site yet, but Ryan assures me that things will be moving on quickly.

We rejoice at the return of Ryan Grant to the Catholic blogosphere and look forward to more good things to come from Athanasius Contra Mundum. Special thanks also to Noah, Maximus, John, Thrownback, Anselm and all contributors, as well as Rorate Caeli, Catholic Faith in Light of Tradition, Veneremur Cerui, Popin' Ain't Easy, and Phil Blosser who faithfully link to this site from time to time. Special thanks to our partner in providing audio resources for traditional Catholics, Alleluia Audio Books. Apologies if I am forgetting anyone.

May the good Lord bless us and have mercy on our souls, and may the great Saints Peter and Paul, whose spilling of blood established the double-apostolic origin of the most Holy See of Rome, intercede for us and for Holy Mother Church. Petrus et Paulus, ora pro nobis!
Posted by Boniface at 1:41 PM