Break the Teeth of Our Enemies

I am positive that by now most of our readers have heard about the shootings in my area. I live in Jurupa Valley, San Bernardino is about 40 minutes north of me, Redlands about 20 minutes, and Corona where one of the shooters lived is about 20 minutes away. 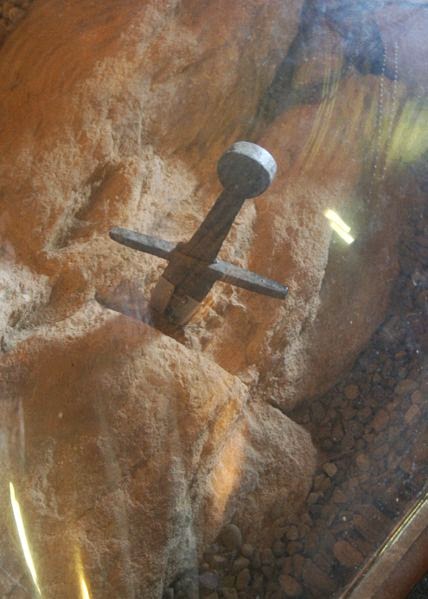 There are those in the media mocking prayers after such an event, when in reality prayer is the greatest and best thing we can do. What can a soul do unless Providence puts him at the place of violence or you are personally involved in law enforcement, the military or federal agencies to affect the situation?

Today is the feast of St. Galgano, who is a patron in the brotherhood that I belong too, the Militia Templi. I have written about St. Galgano here, and also have worked with Ryan Grant of Mediatrix Press on a book project, and an audiobook available here. St. Galgano was a knight chosen by God to lead a life of prayer. His asceticism was so great that it certainly rivaled or exceeded any bodily exertion he could have done in training at arms. When he became a hermit, St. Michael told him that he had joined the Heavenly Militia.

For hundreds of years after his death, his head remained incorrupt. It was St. Galgano who the locals and people up and down Italy and into France invoked in times of danger to offer prayers to God for deliverance, prayers which were many times answered as have been recorded, and are recorded in both the book and Audiobook above. The Lord our God is mightier than any weapon, and stronger than any shield. David was able to slay the mighty Goliath not because he was stronger or better equipped, or because of political maneuvering. He defeated Goliath because the Lord was with him. But even a mighty warrior does well to pray before going into battle. I would rather be saying prayers than murmuring cheap political slogans; at the hour of death, I would rather call upon God then hum Imagine. St. Galgano effected much good, even after his death, and that goodness came through prayer.

I hope that you will join me in praying that our Lord breaks the teeth of our enemies, Psalm 3:7 as the church not only prays in Her Psalter but also invokes on the feast of St. Pius V in his collect. I also pray that he grants all the just who died quick deliverance from their purgatorial cleansing, thanksgiving that the violence was not worse, and that this reminder of death and how close we always are to death brings souls to repentance through Our Lord Jesus Christ.

"Let God arise, and let his enemies be scattered: and let them that hate him flee from before his face." Psalm 68:1
Posted by Noah Moerbeek at 11:43 AM