The Great Commission is Institutional 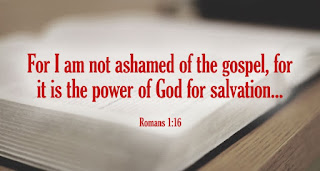 Some further thoughts on the Jewish-Catholic question, following up from my last post on the Holocaust and its influence on Catholic ecclesiology.

The new Vatican document, "The Gifts and Calling of God are Irrevocable", is vexing many because of its apparent contradictions: while stating that there is not "two ways", not "two paths to salvation", it also states that Jews do not need to explicitly confess Christ and that they can have full access to God through their observance of the Old Covenant alone without Jesus.

I am not going to parse this whole document; it is very dense. Although to be fair, it says some good things. But it is also terribly flawed in what it insinuates. Let's look at this for a moment.

Great. So let's be clear...it says that Jesus is the only path to salvation and that to claim there is a "second" path without Jesus "would...endanger the foundations of the Christian faith." So, it is established that Christ is the only way. This is clear from the document.

"From the Christian confession that there can be only one path to salvation, however, it does not in any way follow that the Jews are excluded from God’s salvation because they do not believe in Jesus Christ as the Messiah of Israel and the Son of God."

"In concrete terms this means that the Catholic Church neither conducts nor supports any specific institutional mission work directed towards Jews."

"While there is a principled rejection of an institutional Jewish mission, Christians are nonetheless called to bear witness to their faith in Jesus Christ also to Jews, although they should do so in a humble and sensitive manner, acknowledging that Jews are bearers of God’s Word, and particularly in view of the great tragedy of the Shoah."


So...Christians are encouraged to "bear witness" to Jews privately, but the Church rejects doing so in an "institutional" framework? What does that mean?

Unless we reduce "the Church" to merely the hierarchy. That would be an ironic example of crass clericalism! But even if so, it brings us back to the above point - if it is good for particular Christians to witness to Jews, why doesn't the hierarchy embrace it? And how can it have a "principled rejection" of such a mission, which it "neither conducts nor supports", while simultaneously reminding Christians that they are "called to bear witness to their faith in Jesus Christ also to Jews"?

And - and - does the Church not have a mission to all men? An institutional mission? There's this Bible verse I seem to remember from somewhere...oh, yes, here it is:

"Going therefore, teach ye all nations; baptizing them in the name of the Father, and of the Son, and of the Holy Ghost. Teaching them to observe all things whatsoever I have commanded you: and behold I am with you all days, even to the consummation of the world" (Matt. 28:19-20).


The Great Commission. Preach the Gospel to all nations. Not just all people individually, but all nations - every tribe, tongue, race, religion.

I will accept that the Church has no institutional mission to the Jews the day you can convince me that the Great Commission is not an institutional commission.
"For I am not ashamed of the gospel of Christ: for it is the power of God unto salvation to every one that believeth; to the Jew first, and also to the Greek." (Rom. 1:16)

By the way, there is an excellent blog called St. Corbinian's Bear that has a series of post on this document. It is one of my favorite new blogs; I have linked them up on my blog roll.
Posted by Boniface at 12:10 PM

Excellent questions. It is a very confusing document at best. It seems along with removing any institutional mission to the Jews, the hierarchy has also repealed the law of non-contradiction. Although I fear that law was repealed a long time ago, and not just within the Church hierarchy.

Do you read Fr. Hunwicke's Mutual Enrichment, Boniface? It's very good and the past few days he deals a little with this question. Nevermind if you look it up and he lectures you on spelling or some such. It happens.

>Although to be fair, it says some good things.

How sick I am of this sentence and all of its variations. "There some good in it", "can't see anything wrong with it" and so on. Standards, men!

Well, it does. Even Laudato Si said some good things. Doesn't make it good all around. Its a terribly problematic document.

"How sick I am of this sentence and all of its variations. "There some good in it", "can't see anything wrong with it" and so on. Standards, men!"

I was thinking the same thing.

Unfortunately "the Great Commission" is all but forgotten, even among Trads. Very few people still care about the missionary history of the Church. The few times I talked about it to Trad priests and seminarians I got more than one bored look. The Great Commission is the last commandment Our Lord gave us. Forgetting or ignoring it would be a most heinous sin.


Please excuse this little shameless plug for my blog:

This digressive aloofness is irksome.

Is the claim of two paths true or not?

Crap or get off the chair.

It is difficult though, since we do believe that Jews can go to heaven. Like, God's grace comes to us in many ways. You don't have to be baptized in the catholic church to be saved.
So, what the doctrine means is that if someone is saved, it's Christ and His Church that saved him. Not that Islam or Judaism or whatever can save, but that Jews or Muslims can be saved. So we still should evangelize. Is that a correct understanding of the issue?

It is one thing to say it is POSSIBLE for a non-Christian to go to heaven; but the document specifically says the Church should not evangelize Jews, which is a terrible blasphemy.

Agreed. That is blasphemous, since Jesus explicitly commanded us to evangelize. This reminds me of an old post of yours I read called "Is Gandhi in Hell?". That article explained it very well, I thought.