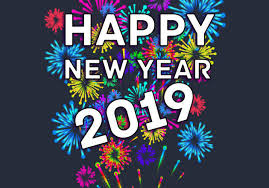 Another year has passed us by. It went so quickly, and so much unfolded. The McCarrick scandal. Archbishop Vigano. Changes to the CCC on the death penalty. The fall of Wuerl. The Vatican directive Cor Orans on religious life. The Vatican-China deal.

This was a tough year for me to follow, too. If you recall, I was on sabbatical from blogging from November 2017 until about February of this year. From then on it felt just like playing catch-up. In an age when other bloggers are updating their content twice a day, I was lucky if I could post once every two weeks. But no matter; tis not about the swiftness with which one updates content, but the quality of the content that is posted. I've had a lot of professional and personal change over the past year, but I'm definitely not going anywhere. I'll still be posting drivel so long as the Internet exist...and so long as its free.

Here are some of my personal favorite posts from 2018. See you all next year!

Why Sacred Music Should be Beautiful: A short tale on the evangelical power of music that is truly sacred and understands beauty.


The Future of Contra Protestant Apologetics: In the current epoch of the Church, with our fundamental Catholic identity under attack from those who should be protecting it, the old Catholic Answers style contra-Protestant apologetics is less and less relevant.


Clerical Abuse? Yes but the Church is also Huuuuuman: Please stop responding to clerical sex abuse scandals by saying, "Well, we're not Pharisees who demand perfection. The Church is human, too."


The Meta-Problem: From Magisterium to Policy Objectives: The modern Magisterium looks and acts less and less like a teaching authority and more like a political administration with its own "policy objectives" that are reshaped by each successive pontificate.

More Traddie Sniping: Observations on the latest round of traditionalists attacking each other.


Cor Orans: Into the Woods: The new Vatican directive Cor Orans on contemplative religious life will make it more likely that men and women who want to live an authentic contemplative vocation free from charism-destroying episcopal interference will have to resort to methods outside of the institutional Church.


Bad Liturgies Cripple Evangelization: My most read article of 2018, why poor liturgies actually hinder our attempts at sharing the Catholic faith with people.


On Christians Offending People: When St. Paul says we should avoid "giving offense", he absolutely does not mean we should be afraid to offend people.

Lay Control is Not the Answer: In light of the scandals, many people are calling for lay control or at least lay oversight of the episcopate. This is not the manner Christ envisioned for the Church to be administered.


The Hvalsey Option: What's the best way to respond to Vatican scandals? A visit to medieval Greenland to imagine how Catholics of that age might have handled such problems.

"Let the Dead Bury Their Own Dead" : In which I offer three possible interpretations for Jesus' words in the Gospels of Matthew and Luke.

Hi Boniface, not sure how else to contact you. I’ve been trying to send you a question on your other Unam website re your RCIA Notes. But after submitting the contact form, it returns an “SMTP Error! Cannot authenticate.”

@Joe, that's not good! Thanks for the heads up. Please email me at: uscatholicam[at]gmail.com