Are we living in a new Dark Ages? 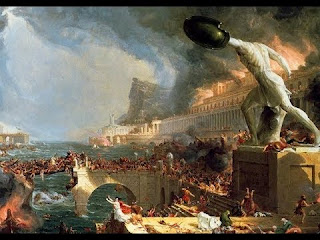 Interesting comparison. You mentioned the Benedictine abbey of Fontgombault (sp?). Have you read Martin Mosebach's "The Heresy of Formlessness"? It contains an excellent chapter on these Benedictines. They also have an offshoot monastery in Clear Creek, OK.