Feast of the Conversion of St. Paul

I know Whom I have believed, and I am certain that He is able to keep that which I have committed to Him, against that day; being a just judge. (Psalm) Lord, Thou hast proved me and known me: Thou hast known my sitting down, and my rising up. 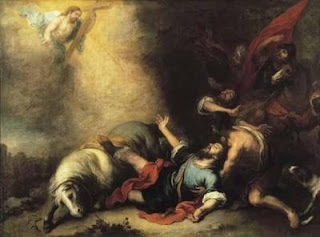 Anselm: "...a dialogue which is not only an exchange of ideas, but also of gifts"

If that thought is part of each dialogue, we are on the right track. It is truly a gift to share the faith with family who have not embraced the fullness of the Catholic faith - even when resistence persists.

Catholic Faith... the gift that keeps on giving.