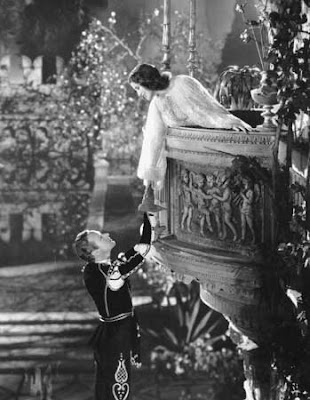 I have gotten a lot of comments on my post from last week on courtship and dating that took issue with my statement that love was not necessary for the sacrament of marriage. I feel that I must clarify this position and address some criticisms of it.


When I say that love is not necessary for marriage, I emphatically do not mean that true love (charity) is not requisite to have a happy marriage, or a good home, or that it is not commanded by Christ, not only to our spouses, but for everyone. In fact, it is indeed commanded by St. Paul in the context of marriage ("Husbands, love your wives"-Eph. 5:25). So, I am definitely not downplaying the importance of love in a marriage.


But it is nevertheless true that sacramentally, love is not necessary to bring forth the sacrament of marriage, which is the point I was getting at. The sacrament of marriage can be brought about without love. All it that is required for the form and the matter is a Catholic man and a woman free of any impediments, public vows, and a witness of the Church. That is the nuts n' bolts of a sacramental marriage. So, while I agree that love is essential for the practical working out of a good marriage, I maintain that it is not necessary in the least way for bringing about the sacrament of matrimony. I don't think this needs any "proofs" but I will submit two.


First, if we look at annulments (and yes, we all know they are abused) we will see that an annulment regards impediments to marriage that were in place at the time the marriage was celebrated, so that though the couple thought they were getting married in good faith (i.e., putative marriage), they were in fact not getting married at all due to the presence of an impeding or diriment impediment. Now, if "lack of love" was essential either as matter or form to bring about the sacrament, then "lack of love" or "He didn't really love me" would be grounds for an annulment. Of course, even in our modern Church where annulments can be granted for a variety of reasons, lack of love is not one of them. This may be an element in the "psychological" reasons for an annulment, but this alone is not grounds for an annulment and never has been. Therefore, since lack of love cannot annul a marriage, we have to assume that love is not (strictly) necessary to bring the sacrament about.


Second, if love were requisite for the sacrament, none of the world's many politically arranged marriages throughout history would have been valid. Consider in the Middle Ages, where a monarch might bargain with another monarch and receive the other king's daughter in marriage. He would have never seen her, and even the marriage itself was contracted over long distance, via a proxy (an odd rite where the king would ceremonially lay down in bed with a minister of the other family to symbolize comsummating the marriage). The King would meet his new bride for the first time after they were already married legally and sacramentally and then would proceed to consummate the union with a woman who was practically a complete stranger. This was the norm for Christian marriage among the upper nobility in the Middle Ages and Early Modern Period, a type which everybody, including the popes, recognized as valid. For example. Pope Julius II regarded the marriage of Arthur Tudor to Catherine of Aragon as valid, though the two had never met and were married by proxy. If love were a strict requirement, the pope could not have done this.


There is, however a degree of fidelity or truthfulness that is required to bring about the sacrament. The vows have to be said in good faith, and the vows of course state that the man promises to love and care for the spouse. We must notice something: in the vows, the man swears that he will love his wife, not that he already does. And how is the love to be manifest in these vows? By what comes next: in swearing to take care of her, defend her, care for her in sickness and in the raising up of children, etc. In other words, this love is presumed not by the affection that the husband bears the bride, but by the practical things he promises to do on her behalf.

So long as the husband promises these things in good faith, the sacrament occurs. But let us not confuse the promising of the things with the things themselves. It is necessary that the hubsand and the wife vow to care for each other in love (which is seen in this sacrament as the practical supporting of each other's physical needs and the raising of children), but it is not necessary that they possess that love at the time of the ceremony. In fact, the marriage rite's conception of love is very different from the modern idea of love as an emotive affection ("romantic fondness"). Therefore, traditionally speaking, it is possible for the paradox to arise of a man loving his wife but not liking her, because his matrimonial love is manifest in the tending to practical and material needs.


Now, let me be frank about something historically: it was always seen as ideal and beneficial for the spouses to have true affective attachment to each other. That was seen as a given. You get married, go off with your spouse and learn to love and cherish them as time goes on. However, people who married "for love" were considered to be fools, ignorant of how their union would affect their later lives. If someone did have a marriage for love that worked out well, it was considered a happy (but rare) occurrence. Thus the sister of Henry VIII, Mary Tudor, when she married the Duke of Suffolk Charles Brandon for love, was considered rash and foolhardy, and Henry even considered prosecuting against her for marrying without his consent. But he later relented and Mary and Charles had a happy marriage - that is not unusual, but we must look at how it was perceived, and the people of the day perceived their union as extraordinarily fortuitous, for usually such unions "for love" wound up ruinous, as in Romeo and Juliet, for example. Obviously the play is not a true story, but it demonstrates how people thought: though romantic unions for love were passionate, enticing and sometimes envied, in the end (it was thought) they were bound to turn out poorly.

Therefore, yes, of course we want to have love in our marriages. I never insinuated otherwise. But however much we may want to exalt marital love, we are bound to admit that strictly speaking, it is not necessary to bring about the sacrament of matrimony.
Posted by Boniface at 9:50 AM

This post- and the preceding one about courtship - are excellent. Thanks for them!

It's important to clear up what people mean by "love" when they're talking about marriage. Love in the "modern" sense probably means "infatuation," or lovey-dovey gooey feelings that people get when they're attracted to someone. This is starkly different from love in the more authentic sense- "I will love you forever, and give my life that you might live" as Christ loves us.

As I remember, our Catholic marriage rite doesn't include a promise to love forever, because feelings of love might dry up sometimes. However, because the commitment of marriage isn't contingent on love, it's not usually an issue. Or at least, it shouldn't be.

Thank you very much sir. You have my applause. Well done and blessings to you and your loved ones.