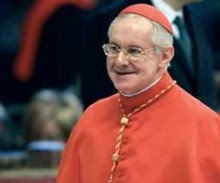 In a June 10th interview with Terrsanta.net, available in its entirety here, Cardinal Jean-Louis Tauron, President of the Pontifical Council for Interreligious Dialogue, made the following statements regarding some new guidelines coming out from the Vatican on how interreligious dialogue is to be conducted [my comments and emphases]:
Q: Will there be a special emphasis on Islam in these guidelines?


No, it has to have regard for all religions. What was interesting about our discussions was that we did not concentrate on Islam because in a way we are being held hostage by Islam a little bit [Very interesting point. For too many, interreligious dialogue simply means watching what we say so the Muslims don't get offended]. Islam is very important but there are also other great Asiatic religious traditions. Islam is one religion.


Q. There was a sense that Islam mustn't monopolize the proceedings?


Yes, the people are obsessed by Islam. For example I'm going to India next month and I want to give this message that all religions are equal [That's funny, because St. Paul used to visit places with the intention of converting people to the true faith, not telling them that all religions are equal. Remember, this guy is the head of the Interreligious Dialogue movement in the hierarchy]. Sometimes there are priorities because of particular situations, but we mustn't get the impression there are first class religions and second class religions [So Christianity is not a first class religion compared with totemism? They are equal? Perhaps, giving the benefit of the doubt, he only means to say that in interreligious dialogue, all religions must take equal precedence, but even then it would be untrue. Our dialogue with Islam is certainly more important than our dialogue with Jainism or the Moonies].


Q. What were the main achievements from the meeting, in your view?


First of all, we stated the point that there are so many things we have in common with other believers [Is that really an "achievement?"], for example that we all believe in one God, that we profess the same sacredness of life [uhh..better define what we and the Muslims mean by that phrase], the necessity of fraternity, the experience of prayer [regardless of who the prayer is directed towards!?]. Because it's very important to stress that interreligious dialogue is not a sociological analysis or a political strategy; it's a religious activity and the language of the religion is prayer so we have always to stress this point. Also we stressed the formation of youth because we realize that in the society in which we live, in multi-ethnical, multicultural societies, the young generation are perhaps lost. So we have to give them points of reference and religions are obviously very important in that [just "religions are very important" with no reference to which one? If this does not give the idea that one religion is just as good as another, I don't know what does]. So as the Pope said in his speech, there is this necessity of formation for priests, seminarians and also ordinary people... This is something new, and it is a consequence of the world in which we live [i.e., we are conforming to the times].


Q. Issues such as identity, proselytism, and reciprocity were also raised. Is this the first time reciprocity was given such prominence?


Not really. What is good for me is good for the other, so if it's possible for Muslims to have a mosque in the West, we should have the same in Muslim countries. This is not the case in many countries. There are countries - for example, I was in Doha a week ago, and I celebrated Mass in this new church there that was consecrated a month ago. It is a very impressive building [look at the pictures of this "impressive" Church below. I won't say it's ugly, but it is kind of weird] . Now we're going to have a school there run by nuns. So this is an example of very good interreligious dialogue with very concrete effects. In Saudi Arabia, it is not the case yet. 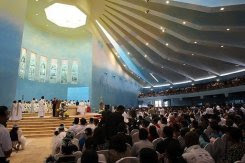 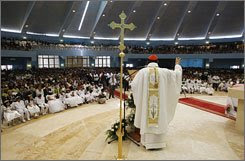 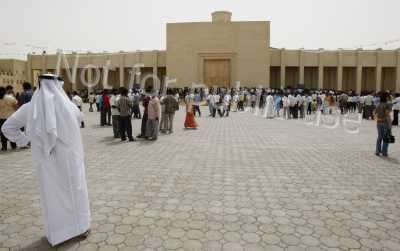 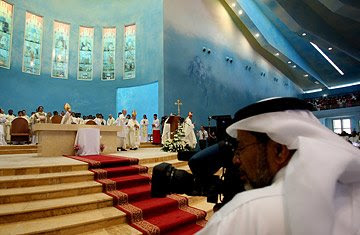 Q. Some say that Muslim leaders want a different kind of dialogue to the one the Pope wants. They say Muslims want a dialogue where each tradition respects the other in its own sphere, whereas the Holy Father wants to go further, to reflect more deeply on freedom to seek God, and to allow conversions to Christianity if it comes to that. What do you say to this perspective?


The purpose of interreligious dialogue is to know the other better in order to understand the content of his faith, and of course the Holy Father is insisting on freedom of religion, freedom to have a religion and not to have one, and the freedom to change religion. This is something also stated in international law, and of course for the Muslims, it's not the same [This is why Traditional Catholics despise this form of interreligious dialogue: it does not even state that trying to bring people to Christ is even an implicit goal. They kind of say, "Well hey, if people want to convert, that's their business and we'll take em, but we're not looking for converts"].
Posted by Boniface at 4:39 PM

Well for me its better to be more realistic.

Well for me, this type of ecumenism is the worst evil in the world, because by watering down the Catholic Faith, it prevents, or at least obscures, those looking for truth from finding the Truth, which is the Catholic Faith. Besides, it fuels the "dictatorship of relativism" through this exaltation of the other false faiths.

Do men light a candle and put it under a bushel? Unfortunately, ecumenism is the bushel...

Mary, Mother of God, pray for us!