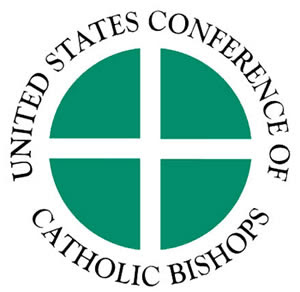 1) How can the Church claim to be holy and a protector of truth when there are things in her history like the Crusades, the Inquisition, the persecution of Jews and the Galileo case?
2) The Church is a source and means of holiness for people because God has made it so. The failures of the Church's members during her history are lamentable. The virtuous lives of the saints validate the truth and power of the Church's sacraments and teaching.
3) Though the members of the Church are prone to sin, the Church herself is sinless and holy.
4) Despite the sins of her members, including the ordained, the Church is entrusted by God with the truth of the Gospel and the graced means of salvation.
5) Many members of the Church are also holy and possess a heroic sanctity witnessed to by the countless sacrifices many have made, often to the point of martyrdom.
6) Pope John Paul II, on various occasions, apologized for the sins of the members of the Church in her history, including harm caused by the excesses of the Inquisition and atrocities committed during the Crusades.
7) The historical context in which these events happened: the people of those days dealt differently with threats and problems than we might do so now. They used means that were commonly used in their society then. We cannot judge them as harshly as some people judge them today.

Now, it might be just me, but do you see an excessive focus on the sins and failures of the Church instead of her victories? Even ones that don't mention sins and failures (like number 7) are still focused on apologizing or explaining them away. This is all the discussion points for 2,000 years of history? How about something like "How did the interaction of the Church and State vary over the centuries?" or "What were the major contributions of the Church to civilization?" Nope, just an absurd focus on the shortcomings and failings of the Church of the past (until 1963, that is). I like the way number five is worded: "Many members of the Church are also holy." Maybe I'm making too much of it, but what is that also in there all about? Doesn't that seem to say, "Most of the Church are sinners, but there's also some who are holy, too."
Focusing excessively on the "sins" of the traditional Church, forcing modern ideologies onto the patristic age and trying to present a clear, flawless continuity from the past to the present without acknowledging the turmoil of the past 40 years: this seems to be the USCCB's vision of Catholic history.
Posted by Boniface at 11:50 AM

Lets see if I can't help them a bit with some pro bono editing and guidelines.

1) A fair question. Mostly because this is used as an attack on the Church and it would be good to explain these things for what they are and not what they are often billed as.

3) Prone is misleading, it implies that somehow as members of the Church we are more susceptible. Switch out prone with capable and it'd be better.

4) Rather than "sins" it should be "imperfections". It shows the human limitations without giving it a negative spin.

5) "Also" makes it feel stilted, and implies that it unusual.

6) This is a good topic to explore, but it is badly labeled. It is important that people understand that he was trying to help heal old memories since those who did wrong in the name of the Church cannot themselves apologize. Pope John Paul II made that distinction I believe.

7) Again, another good topic. Explaining that things like the sack of Jerusalem in the 1st crusade was consistent with the rules of engagement at the time. It goes to the concept of objective wrongs and subjective guilt. "judge them as harshly" seems a like a weighted approach.


So these are all of the bullets? That's really lame. There is so much wonder and glory in the Church's history that they are really doing them a disservice if this is all they are teaching. This would be better served as a sub-chapter perhaps, dealing with questions or objections to the Church's claims.

Also they should teach them to refer to the "Protestant Reformation" as the "Protestant Revolt", I've been doing that with my teenage students on Sunday. They are much more eager to learn about something that they aren't ashamed of. Public schools teach Catholics to be ashamed of their history, I didn't go to private schools so I don't know about those.