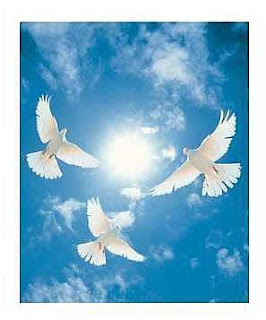 That's right, Joe the Baptist, not John. The following is a very true but very sad note left from a Baptist named Joe Bailey on the Zenit site this Saturday. Just read this over and think about it for a few moments; if Baptists understand this, why can't we?


I am a Southern Baptist, but I frequent the ZENIT site and do so in part out of curiosity concerning ecumenism and Catholic-Baptist relations. Now what I am about to write is not done to berate Catholicism, but to state what appears to an "outsider looking in."
For years now, I have been fascinated as to why lay Catholics seem unable to fulfill the mandate of say, I Peter 3:15 [Always be ready to give an explanation to anyone who asks you for a reason for your hope]. There seems to be a lack of "clear conviction" on the part of many, and an almost "defeatist and I-am-sorry-that-I-am-a-Catholic" approach to defending their faith/beliefs. This should not be so if they believe in the authority of Catholicism that is often thrown up as a defense in regards to religious/theological discussions with Protestants.
I wonder if it would not behoove Catholicism to do a better job of grounding their believers in the Scripture as much as Tradition, and emboldening them in their expression and sincerity of faith?
Joseph Bailey
Wow! He really said it all. I have noticed the same thing when talking to Catholics in the course of my work with the Church. Catholics are consistently some of the worst evangelizers among all branches of Christianity, both because of lack of motivation and lack of the right intellectual foundation to actually carry out the work of evangelization.
This Mr. Bailey suggests we ground our people more in Scripture and less in Tradition; I can certainly agree with the first proposition, but he is wrong in the second. What Catholics need is a better grounding the Scripture interpreted in light of Tradition and, by consequence, a more solid grounding in Tradition itself. The reason so many Catholics have a "defeatist and I-am-sorry-that-I-am-a-Catholic" mentality is because they are cut off from Tradition and therefore (1) Are unable to defend attacks lodged against the Church in the area of her Tradition, (2) have a lack of a clear conviction in the veracity of that Tradition because they themselves are broken off from it.
Even if people don't know it or cannot express it in words, what ails modern Christianity (all pieces of it) is a lack of a sense of mystery and transcendence, rendering all our religious efforts worldly and time-bound. Mystery is brought about by adhering to Tradition, for two reasons. First, the Traditions are set up to focus us on that mystery, and second, Tradition itself has a kind of mysterious character to it. It is something that was there before us and will be there after us and has a sort of transcendence to it that comes partially from its object (worship of God) and partially from its historical longevity that reminds us by-gone days.
If we have no grounding in our Tradition, then how can we hope to have a traditional "Catholic" interpretation of our own Scriptures? If we can't do that, how can we really know what our message is? And how can we spread it to others? We end with Cardinal Dulles' absurd proposition that we just sit around sharing faith experiences with each other and kind of throw the whole conversion thing out the window as old fashioned and unecumenical.
God forbid! If this Baptist can see the truth so clearly, why can't we?
Posted by Boniface at 4:10 PM

It seems to me that Catholics, in general, are lacking in all 3 of the major areas of our Faith. Steve Ray in his video on the Apostolic Fathers explains it very well. He uses a 3-legged stool to drive his point. Scripture, Tradition and the Magisterium. I think all Catholics should have some knowledge of all 3. Miss one and you can't effectively defend the Church. That is why I have been writing on a way of life that is patterned after the Monastic life style. In fact, the writing is follows the format of a Monastic rule. And to give it some meaning, with the help of a very good friend (my Latin is terrible), I have named it "Custodes Veritatis Dei," The Guardians of the Truth of God. I am also researching all of the Early Church Fathers and Councils to better understand the traditions and to define a pretty exact point where they "disappeared." It is very sad when Catholics must search or write in this manner because of the lack of proper teaching. In my case, I once knew much of this and could explain the Faith rather well, but time, the time with the lack of teaching, has helped in forgetfulness. Let's all get motivated and at least have some knowledge to defend our Faith.