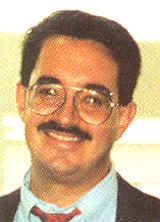 Much controversy has come of late regarding the assertion Dr. Scott Hahn (Professor of Scripture and Theology at Franciscan University of Steubenville) of the so-called "motherly role" of the Holy Spirit. This teaching is first formulated in Chapter 10 of Hahn's book "First Comes Love" (Doubelday Books, 2002) and Hahn has developed and spoken more on the idea since then. Opponents suggest that the teaching of Hahn introduces a femininty into God that will sanction such practices as calling God "Mother" and giving more ground to the radical feminist sect within the Church. Hahn says that his assertion is backed up by the Fathers, Scripture and the Popes and that, if understood rightly, is completely in line with Tradition and orthodoxy.

Having been profoundly influenced by the teachings of Dr. Scott Hahn in my own spiritual life, I decided this issue merited looking into and got the book for myself. Hahn begins with the premise that Catholics have a hard time identifying with the Holy Spirit because the images of Him in the Scriptures are so impersonal (Wind, Fire, Dove, etc). I would argue this point, but nevertheless, he uses this as a jumping off point to suggest that the Person of the Spirit needs to be further explored in the familial terminology, the type of which that has made Hahn so popular and his theology so understandable to the layman. Hahn frequently draws parallels between the community of Persons in the Blessed Trinity and the family community and quotes John Paul's statement that "God in His deepest mystery is not a solitude, but a family, since He has within Himself fatherhood, sonship, and the essence of the family, which is love." He goes on through Scriptural examples to show how the "love" that the Holy Spirit is is often displayed in Scripture in maternal terminology: the Spirit nurtures, gives birth ("born of Spirit and water..."), gives spiritual milk, teaches us to walk and talk in the Spirit, and teaches us to cry "Abba, Father!" None of this is in dispute.
There is a problem when it comes to support in the Church's Tradition. Hahn lists some tenuous Patristic quotes to give credence to the conclusion that the Holy Spirit, who is revealed by His actions, and since some of His actions are maternal, ought to be understood as the feminine aspect of the Trinity; the "mother" of the Church.

Hahn knows he is departing from the traditional theological understanding here: first, he prefaces his arguments by acknowledging (and rightly so) that his "explorations" must be "cautious" and "tenative" and that "if the Magisterium should find any of them unsatisfactory" that he will be the first to "rip the following pages out of the book and gratefully consign them to the flame" (pg. 128-29). Such an assurance is laudatory on Hahn's part and demonstrates his fidelity to the Church and his willingness to stand with the Church's tradition. Yet such a disclaimer also demonstrates the novelty of his position; if it were simply part of Tradition, as Hahn claims, why would he need to be so cautious and tenative in his "explorations?"

Second, he acknowledges on page 139 that his familial understanding clashes with the traditional view of the Trinity (expounded by St. Augustine and St. Thomas, whom he quotes). Hmm...the formulations of Augustine and Thomas have worked fine for 1500 years; why mess with them now?

Thirdly and most shocking, he prefaces the last section of his chapter by saying, "It seems almost blasphemous to say this, but Christians can place too much emphasis on Christ" (pg. 143). Too much emphasis on the one we are going to be adoring for all eternity? That seems a bit far fetched. The point of these three examples is to show that Hahn is fully aware that he is treading in dangerous water, which ought to give us pause.
Hahn quotes a lot of proof for his position, and (to his credit), he constantly hedges in his comments by saying that this does not mean we can call God "mother", and states "nor do I imply that there are masculine and feminine qualities within the Godhead," and "the analogy of bridal-motherhood here is relational and familial, not physical or sexual. Therefore there is no...justification for goddess worship" (pg. 138). That is fine and good - but why so many warnings if the position could not lead to errant interpretation?
As to Hahn's evidence, the following needs to be observed:
1) His Scriptural evidence is inconclusive, because though the Spirit has some feminine aspects attributed to it, so do the other Persons of the Trinity (Jesus saying "How I would have gathered you as a mother gathers her chicks" and the Psalmist saying that his repose in God the Father is like a child on it's mother's lap (Ps. 132:2). Maternal imagery is common to the entire Trinity, yet we know that God nevertheless not chosen to reveal Himself in as a mother in any way.
2) John Paul II's statement, identifying the Trinity as family, (using even in the familial context Hahn likes to use so much) does not make reference to motherhood. The Father is called Father, the Son connected to Sonship, and the Spirit to love, not motherhood.
3) His patristic sources are obscure; Ephrem, Aphrahat and Narsai hardly constitute "some of the greatest" of the fathers, as Hahn asserts. While all saints ought to be considered, if it came down to it, would not Aquinas and Augustine "outweigh" Aphrahat and Narsai?
4)Hahn's quoting of the progressive Cardinal Yves Congar on pg. 134-35 as a supporter does not give any more weight to his theory since Congar was known as a liberal theologian and together with Rahner and Schillebeeckx, one of the architechts of the ambiguous documents of Vatican II.
Scott Hahn is not teaching heresy, which is defined as a knowledgeable and obstinate denial of some dogma of the faith. He clearly professes obedience to all the Church teaches and demonstrares a willingness to recant if his views should be impugned by the Magisterium. Yet they need not be openly heretical to be troubling. In the old days of the Church, heresy was taught to have certain "degrees" or grades. Hahn's thought is not outright heretical since, if taken strictly within the confines that he sets for it, there is no explicit denial of any article of faith. However, there are propositions called suspecta de hæresi, errore (suspected of heresy or error) which the Catholic Encyclopedia defines as "Propositions thus noted may be correct in themselves, but owing to various circumstances of time, place, and persons are prudently taken to present a signification which is either heretical or erroneous." Thus, because of the problems with feminism and New Age goddess worship in the world today, though Hahn has the best of intentions (and because of his over 20 year record of distinguished service to the Church, we ought to assume the best of intentions), his theory would be subject to immediate misinterpretation by anybody with less pure motives than himself.

Therefore, I say his position might be considered suspecta de haeresi and for the sake of the integrity of the Church, ought to be kept quiet. As the encyclical of Pope Paul VI Mysterium Fidei said regarding safeguarding theological language: "Once the integrity of the faith has been safeguarded, then it is time to guard the proper way of expressing it, lest our careless use of words give rise, God forbid, to false opinions regarding faith in the most sublime things." The Trinitarian language has been in place since Nicea. Should we alter it at the speculations of Dr. Scott Hahn
Posted by Boniface at 5:15 PM

Can suspecta de hæresi, errore be applied to the ambiguous passages of Vatican II?