I just read a good article on religious relativism in America from USA today by Kathy Lynn Grossman. The article is pretty good because it causally mentions how silly religious relativism is by pointing out that people often accept multiple religious systems which contradict each other. Here's the full article below with my commentary:

A new survey of U.S. adults who don't go to church, even on holidays, finds 72% say "God, a higher or supreme being, actually exists." But just as many (72%) also say the church is "full of hypocrites" [People who accuse the Church of being full of hypocrites demonstrate that they do not understand ecclesiology at all. If by hypocrite you mean somebody who fails to live up to what they profess, then of course, everybody is guilty! 1 John 1:8 says "If we say we have no sin we deceive ourselves and the truth is not in us." Jesus did not say that the Church would be full of the perfect (this is actually a heretical idea held by Cathars, Quakers and Manicheans) but that it was a field full of wheats and tares. People who refuse to attend Church because of other "hypocrites" are really just being prideful because they are saying that they are too good to mingle with their fellow man]. 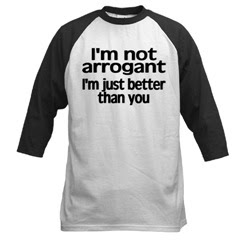 Indeed, 44% agree with the statement "Christians get on my nerves" [What kind of objective polling is this? Can you think of a more ambiguous question?]
LifeWay Research, the research arm of the Southern Baptist Convention, based in Nashville, conducted the survey of 1,402 "unchurched" adults last spring and summer. The margin of error is plus or minus 2.5 percentage points.

The survey defines "unchurched" as people who had not attended a religious service in a church, synagogue or mosque at any time in the past six months.

More than one in five (22%) of Americans say they never go to church, the highest ever recorded by the General Social Survey, conducted every two years by the National Opinion Research Center at the University of Chicago. In 2004, the percentage was 17% [ I bet the number would be a lot higher if they asked how many do not go to Church weekly].
Many of the unchurched are shaky on Christian basics, says LifeWay Research director Ed Stetzer [Duh].
Just 52% agree on the essential Christian belief that "Jesus died and came back to life" [Kudos to this author for at least realizing that the essential Christian belief is in the death and Resurrection of Jesus and not in being tolerant or non-judgmental].
And 61% say the God of the Bible is "no different from the gods or spiritual beings depicted by world religions such as Islam, Hinduism, Buddhism, etc.," although Buddhist philosophy has no god and Hindus worship many [I love the way this last sentence tacitly points out the absurd contradiction in such syncretist beliefs].

Non-churchgoers "lean to a generic god that fits into every imaginable religious system, even when (systems) contradict one another," Stetzer says. "If you went back 100 years in North America, there would have been a consensus that God is the God in the Bible. We can't assume this any longer [Even from the standpoint of reason alone, wouldn't you be suspicious of a god who fit all the desires and whims of the public? Wouldn't that seem a bit contrived?].
"We no longer have a home-field advantage as Christians in this culture" [Catholics never had the home-field advantage in this country].
Most of the unchurched (86%) say they believe they can have a "good relationship with God without belonging to a church" [That's great that they "believe" that, but what doe sit have to do with what the truth is? It's like saying I can have a good relationship with my family without ever going to visit them], And 79% say "Christianity today is less about organized religion than loving God and loving people" [Okay, so the people who just a few sentences ago admitted they were "shaky on Christian basics" are now telling us what Christianity is about?] .
"These outsiders are making a clear comment that churches are not getting through on the two greatest commandments," to love God and love your neighbor, says Scott McConnell, associate director of LifeWay Research. "When they look at churches … they don't see people living out the faith" [And so they're going to live it out better by not going at all? Chesterton famously said that if something was worth doing, it was worth doing badly].
But despite respondents' critical views of organized religion, Stetzer is optimistic. He cites the finding that 78% would "be willing to listen" to someone tell "what he or she believed about Christianity."
They already know believers — 89% of the unchurched have at least one close friend who is Christian, Stetzer noted.
And 71% agreed that "believing in Jesus makes a positive difference in a person's life."
"What surprised me is the openness of the hard-core unchurched to the message of God and Christianity — just not as expressed in church," Stetzer says [The knee-jerk reactions against "Church" and "organized religion" seem to be manifestations of rebellion against authority, a fruit of the Protestant Reformation. Everybody is open to hear about what someone else believes, just so long as you don't try to insist that they have to give up their sin. That's when it gets ugly!].
"It's a personal thing, not an institutional thing. It's a matter of starting conversations" [Sounds like Cardinal Dulles' vision of Catholic evangelization!] .
Still, most of Christian belief has seeped into popular culture outside church walls and denominational tethers, says Philip Goff, a professor and director of the Center for the Study of Religion and American Culture at Indiana University in Indianapolis.
New forms of community, such as Internet Bible study and prayer circles, also mean some people don't believe they need a church, Goff says [Seems that most persons falsely think the Church exists solely to serve them; if they don't "feel" they need it, it is therefore dispensible].
"Is there a workshop for churches in being less annoying, less hypocritical?" asks Arthur Farnsley, administrator for the Society for the Scientific Study of Religion and a fellow at Goff's center [Why was this comment included? Would they include a comment that said, "Is there a way to make Muslims less murderous, less fanatical?" Again, anti-Christian bigotry is accepted while any criticism of other faiths is intolerant].
"So much of American religion today is therapeutic in approach, focused on things you want to fix in your life," he says [That should be a warning sign to anybody seeking objective truth. Do people even believe in objective truth anymore?].
"The one-to-one approach is more attractive [Me n' Jesus] . People don't go to institutions to fix their problems [They don't seem to comprehend the possibility of going to God through and in an institution].
"Most people have already heard the basic Christian message [Or they think they have. Clearly they need to hear it again]. The question for evangelism now is: Do you have a take that is authentic and engaging in a way that works for the unchurched?" [It's not about what "take" I have on religion; it is about the Way, the Truth and the Life Who is a Person and Who has revealed the truth through His Church]
After I read this article, the pervading thought in my mind was, "What a nation of fools we are!"
Posted by Boniface at 2:57 PM