The semantics of reform 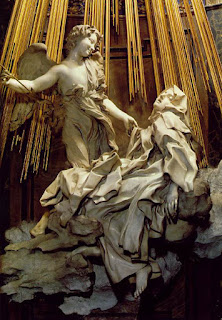 Our reform is more of a renovation, or a restoration, like a man who buys an old Victorian house and restores all of the original woodwork and trim and paints it anew so that all can enjoy the beauty that it had when it was young. On the other hand, the progressive "reform" is like a man who buys an old Victorian house, demolishes it, and builds a crappy little Pulte house in place of it that looks like every other house in the world, all the while insisting that it is "basically the same house." Our reform of the Church is nothing other than the restoration of her great heritage.

“It remains for Us now to say a few words about the Modernist as reformer. From all that has preceded, it is abundantly clear how great and how eager is the passion of such men for innovation. In all Catholicism there is absolutely nothing on which it does not fasten. They wish philosophy to be reformed, especially in the ecclesiastical seminaries. They wish the scholastic philosophy to be relegated to the history of philosophy and to be classed among absolute systems, and the young men to be taught modern philosophy which alone is true and suited to the times in which we live. They desire the reform of theology: rational theology is to have modern philosophy for its foundation, and positive theology is to be founded on the history of dogma. As for history, it must be written and taught only according to their methods and modern principles. Dogmas and their evolution, they affirm, are to be harmonized with science and history. In the Catechism no dogmas are to be inserted except those that have been reformed and are within the capacity of the people. Regarding worship, they say, the number of external devotions is to he reduced, and steps must be taken to prevent their further increase, though, indeed, some of the admirers of symbolism are disposed to be more indulgent on this head. They cry out that ecclesiastical government requires to be reformed in all its branches, but especially in its disciplinary and dogmatic departments They insist that both outwardly and inwardly it must be brought into harmony with the modern conscience which now wholly tends towards democracy; a share in ecclesiastical government should therefore be given to the lower ranks of the clergy and even to the laity and authority which is too much concentrated should be decentralized The Roman Congregations and especially the index and the Holy Office, must be likewise modified The ecclesiastical authority must alter its line of conduct in the social and political world; while keeping outside political organizations it must adapt itself to them in order to penetrate them with its spirit. With regard to morals, they adopt the principle of the Americanists, that the active virtues are more important than the passive, and are to be more encouraged in practice. They ask that the clergy should return to their primitive humility and poverty, and that in their ideas and action they should admit the principles of Modernism; and there are some who, gladly listening to the teaching of their Protestant masters, would desire the suppression of the celibacy of the clergy. What is there left in the Church which is not to be reformed by them and according to their principles?”