Rumblings from the Curia... 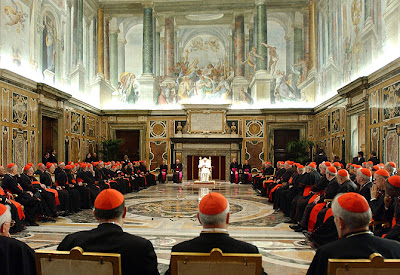 It's unfortunate to hear of another confermation of the rumor of changing the good friday prayers. Other than that, a seemingly bright future ahead.

Look at the explanation why the Pope had his back to the people. Some of our more liberal (Protestant) Catholics need to take note. They need to be made aware that they are NOT at the Fisher Theater watching a play. As my father used to say, "get your head out of the dark and pay attention" (I've cleaned it up some).