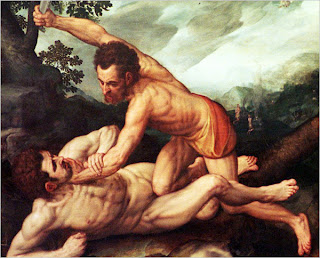 When discussing moral issues that affect society, have you ever noticed the presupposition behind many of the positions taken by liberals and modernists? Whether it is with legalizing prostitution, legalizing abortion or promoting abstinence in schools, there is a moral position that underlies all of their arguments in favor of their immoral agendas. What is this presupposition? The concept that it is inevitable that people will commit evil and therefore the only thing we can do is try to soften the blow when the evil happens.

That being said about venial sin, it is definitely not inevitable that anybody has to commit mortal sin, which is what we are concerned with here. But this is exactly what many proponents of vice would have us to believe. Look at the implications of the following statements:

"It's no use teaching abstinence. Kids will be kids, and they're going to have sex anyway. Do you want them to be totally unprepared when they do start having sex? The best thing we can do is educate them about safe sex and give them access to condoms and contraceptives."

"It doesn't make sense to outlaw prostitution. People are going to do these this anyway and you can't stop it. Just legalize it, since it's already going on."

"If abortions were illegal, women would be forced to have recourse to back alley abortionists and unsafe medical conditions that could greatly endanger them. Therefore, abortions should stay legal."

In each case, the sinful activity is presented as inevitable: teens have to have sex, there's no way around it. People are going to use hookers no matter what, so it's pointless to try to curb it. And most offensive, the implication in number three, women simply must have to murder their babies; if you stop them legally, they'll find some other way to do it. Do you see how in each case the sin is presented as an inevitability? The proponents of these positions then say that all we can do is cushion the sin so that the impact of it is not so great (i.e., giving out condoms). This is not unlike the political view of many leftists during the Cold War who said we can't possibly beat Communism, so the best we can hope to do is think of ways to peacefully coexist with them. That argument was rubbish in that situation, and it is certainly rubbish when applied to the question of grave moral evils.

God said to Cain in Genesis 4:7, "Sin is crouching at the door; and its desire is for you, but you must master it." Nobody denies that there are strong temptations to sin; that much is common to all human nature. Sin does lurk behind many corners, and it does desire to ensnare us. But God tells us, "you must master it." This is what St. Paul refers to in 1 Corinthians 10:13: "No temptation has overtaken you but such as is common to man; and God is faithful, who will not allow you to be tempted beyond what you are able, but with the temptation will provide the way of escape also, so that you will be able to endure it." Even on the natural level, God has given man a reason and a will sufficiently powerful enough to overcome the often disordered desires in us that lead us to commit sin. With the grace of Christ, it is not only possible to overcome sin but not possible to attain great heights of sanctity.

Nobody has to have premarital sex or have abortions. People choose to willingly and then try to lessen their culpability by saying that their evil act was unavoidable. Who would have thought our culture could ever have gotten to a place where people commit mortal sin flagrantly and claim that it is inevitable? But let them go their own way to their own place. For us, we will remember God's warning to Cain, that it is we who must master sin. If we don't, we run the risk of becoming like Cain, both as individuals and as a society.

Wow!! Great post!! I'm constantly having the urge to link to your posts!!! Keep up the great work, and God bless. :)