Romney on Punishment for Abortions 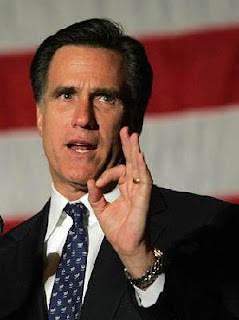 I have been suspicious of Governor Mitt Romney's pro-Life credentials since the beginning, and the recent comments from the Republican presidential hopeful give me more reason to question his stance. When asked in an interview whether or not he supported (if abortion were outlawed) punishing women who have abortions and doctors who perform them, Romney made the following comment:
You know, I don’t see putting doctors and women in jail. I don’t believe that’s ever been part of our history, even when states were able to put in place effective pro-life legislation. I haven’t seen provisions of that nature ever being proposed. But I do believe that the next step that should be taken is to overturn Roe v. Wade, and to no longer have the Supreme Court impose its one-size-fits-all philosophy on the entire nation. There will be steps beyond that, of course, but the next step is to overturn Roe v. Wade.
First of all, I think Romney is wrong when he said that punishing those guilty of involvement in abortions has never been part of our history. The Federal Comstock Law of 1873 stated that any person who attempted to sell any drug "for causing unlawful abortion, or shall advertise the same for sale, or shall write or print, or cause to be written or printed, any card, circular, book, pamphlet, advertisement, or notice of any kind, stating when, where, how, or of whom, or by what means, any of the articles in this section…can be purchased or obtained...he shall be imprisoned at hard labor in the penitentiary for not less than six months nor more than five years for each offense, or fined not less than one hundred dollars nor more than two thousand dollars, with costs of court." Under this law, any person who even printed information telling a person where to go to get an abortion could be sentenced to hard labor for six months.
A Connecticut State law of 1821 (and amended in 1830) made any attempt to induce abortion by either poisoning of herbal treatments punishable by life in prison (later reduced to ten years). An 1828 New York law declared that an intentional abortion be treated as Second Degree Manslaughter and punished as such, applied to the doctor who performed the abortion. In 1845 a revision charged the mother with a misdemeanor; in 1881, the law was amended again, this time charging both the mother and the doctor with Second Degree Manslaughter. So, it is nice that Romney thinks that punishing mothers and doctors for abortions has not part in our history, but it is simply not true. By 1910, every single state had penalties in place for those involved in abortion. Clearly, putting women and doctors in jail for abortions is very much a part of our legal tradition.
Well, many pro-Lifers were not convinced by Romney's answers on the matter, and so Cybercast News Service (CNS) later asked for a clarification of Romney's position and was told by a Romney campaign spokesperson: "The people who should be held accountable for violations of this nature are the people who perform an illegal abortion, the penalties of which could include anything from disciplinary action to incarceration."
Now he seems to be flip-flopping: a minute ago, he said he did not envision putting women and doctors in jail. Now he says that penalties should include incarceration. This uncertainty of how to answer the more complex pro-Life questions leads me to believe that his pro-Life position is a bit shallow. It is one thing to say that you want to overturn Roe v. Wade, but that is not all there is to being pro-Life, as Romney is painfully finding out at the expense of his credibility.
But this whole discussion begs the question: if abortion were outlawed, what penalties would be appropriate for those involved? I have my own opinion on the matter, but I'll leave it until some others have commented.
Click here for info on the history of abortion law in the United States
Posted by Boniface at 3:40 PM

Interesting. I have never trusted Romney. There is just something about him that makes me think that he's dishonest. But, the fact that he is a Mormon does make me wonder. Many Mormons will claim that they are completely pro-life, but the Mormon doctrine is quite different than they would have others believe.

And, I think that the punishment for women and doctors would vary from case to case. If it was a young girl, I think there is a greater chance that she was pressured into it in her confused and frightened state, and perhaps more reason for leniency. However, I see no reason why doctors should not be sentenced to life in prison.

The option most people overlook (and that makes you question just how much Romney knows about the laws of the country he wants to lead) is laying a civil penalty on abortionists. It would be easier to exact because the burden of proof is lower in a civil case, and wouldn't incarcerate people -- so it might be easier to pass in many jurisdictions. The approach is a bit pragmatic for my tastes, but it would be better than nothing.

I'm not going to pretend that I know where Romney really stands based on this. The fact of the matter is that of those who support abortion, the majority of them do so based on misplaced compassion for the women involved. If Romney stated that he would support imprisoning women who procured an abortion he might as well kiss his candidacy good-bye. This just wouldn't cut it with public opinion.

While I understand your motivation for wanting to make it punishable civilly, I don't think it is consistent...either abortion is murder, or its not. We all believe it is murder. If it really is murder, the killing of an innocent human person, then how could we justify punishing it with a civilly? A regular murderer wouldn't get punished with a civil crime? I think the abortionist, as the one who actually does the killing, needs to be charged with murder in the First Degree, while the woman ought to be convicted of Second Degree Manslaughter (or less, depending on the degree to which she was pressured into it).

It ought to be pointed out that throughout US history, though laws were on the books calling for the punishment of women who had abortions, they were not often carried out.

Perhaps Romney should check out this YouTube video on Mormonism...

I will try to watch that video when I get on someone else's computer. They don't work on this one. I've been doing a lot of research on Mormonism. Sadly, I have several family members who are Mormon missionaries. I want to be able to casually (but effectively) point out some of the fallacies in their belief system.

Boniface you got it backwards. It is the woman who is primarily responsible for murder because Jesus said "the one who handed me over to you has the greater sin". She handed her baby to an executioner and paid him blood money to murder her baby. Please study up on the theology of abortion.